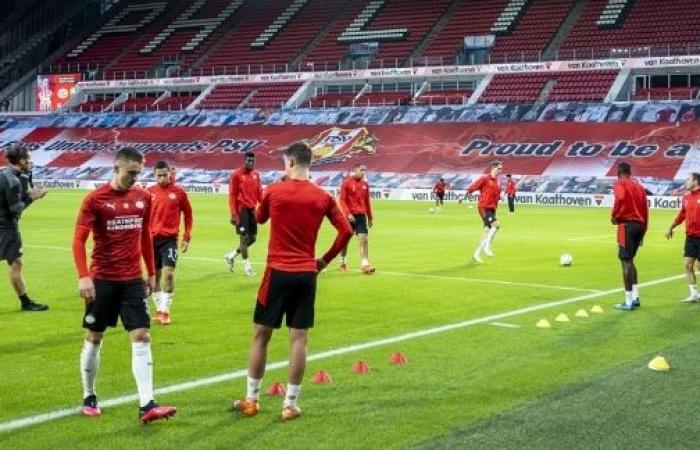 Roger Schmidt has no good word for the KNVB. Much to the dismay of the PSV trainer, his team started the league match against ADO Den Haag on Sunday at 4.45 pm: the football association refused to grant several requests from PSV to reschedule the game. The Eindhoven team has nine players in the A-selection who are infected with the corona virus, while four players are also injured.

Jorrit Hendrix and reserve goalkeeper Vincent Müller were positive this weekend. In total, PSV misses 13 of the 27 selection players. Partly because the Europa League game with PAOK Saloniki is already waiting on Thursday, PSV wanted to postpone the game with ADO. “I think our situation is very special, because we have so many corona cases,” Schmidt explains shortly before kick-off. FOX Sports. “You have to realize that in the past four games we always had two new infected players. Tomorrow we will be tested again and new infections may come to light.”

“The KNVB knows that”, the PSV coach continues. “They think we still have enough players to play every three days.” Schmidt cannot understand the KNVB’s position. “I don’t think they know anything about football. They need 17 hours to determine that we have to play. We asked them to move the game right after the test results on Saturday night, but just after 10:30 this morning they decided that we should play. . “

“They know nothing about football and team preparation,” Schmidt grumbles. “They sit at home and make decisions there based on the rules, but those rules are not correct. They don’t care about our situation and the health of the players and staff. That’s my impression. But we are going to do our best match. ” Despite the personnel problems, PSV took the lead after fifteen minutes by a penalty kick from Eran Zahavi. In the eyes of arbitrator Jochem Kamphuis, Zahavi was overthrown by Lassana Faye. On the advice of the video referee, Kamphuis watched the video images, but he stayed with his judgment.

These were the details of the news ‘They don’t care about player health’ for this day. We hope that we have succeeded by giving you the full details and information. To follow all our news, you can subscribe to the alerts system or to one of our different systems to provide you with all that is new.