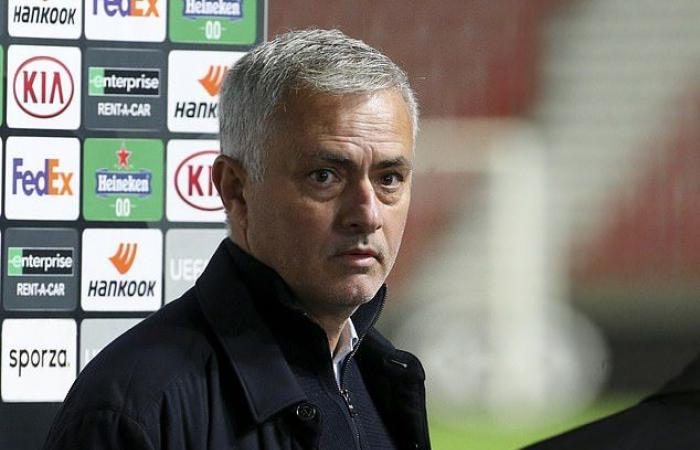 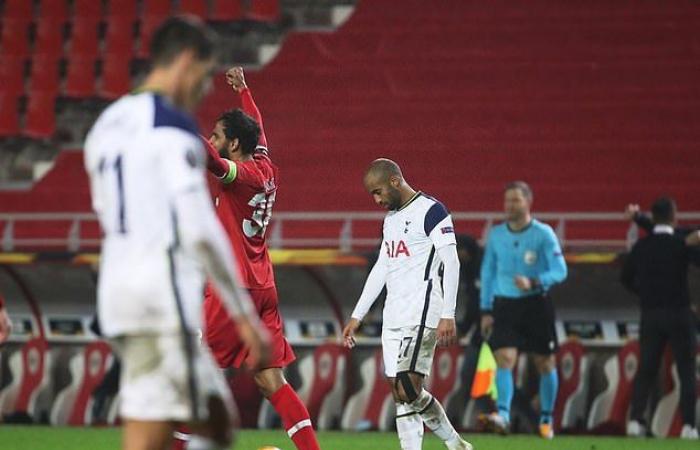 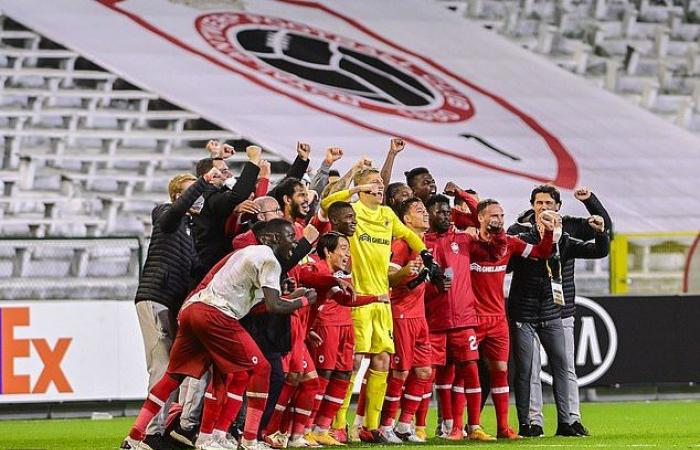 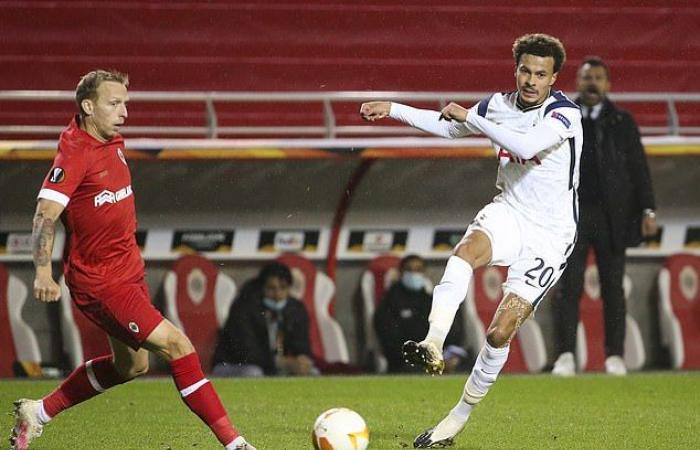 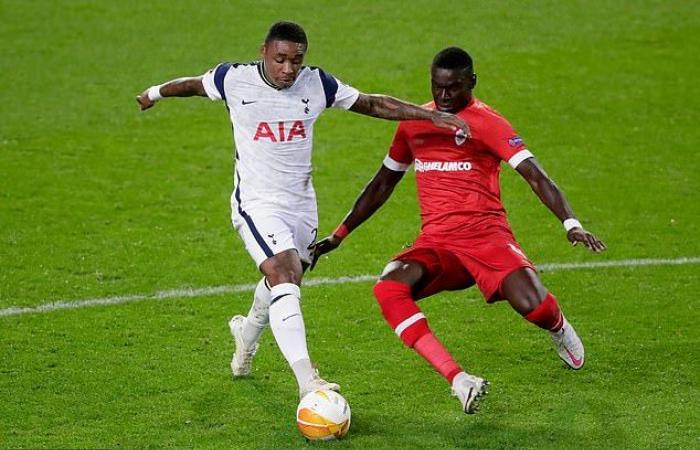 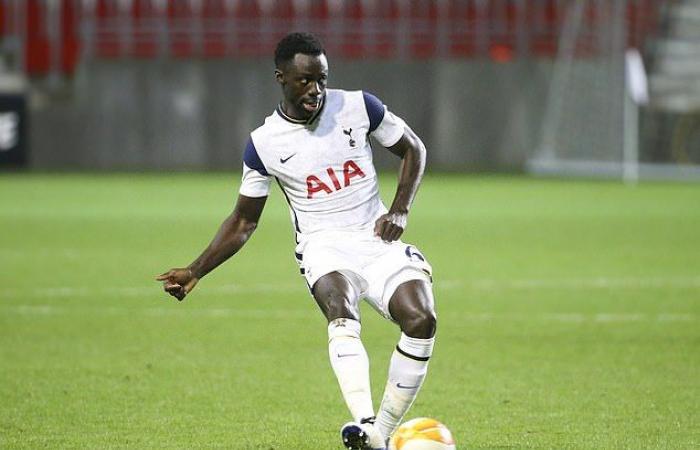 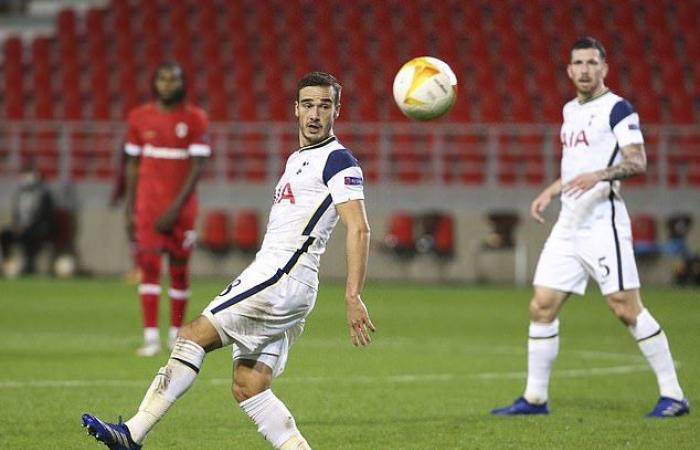 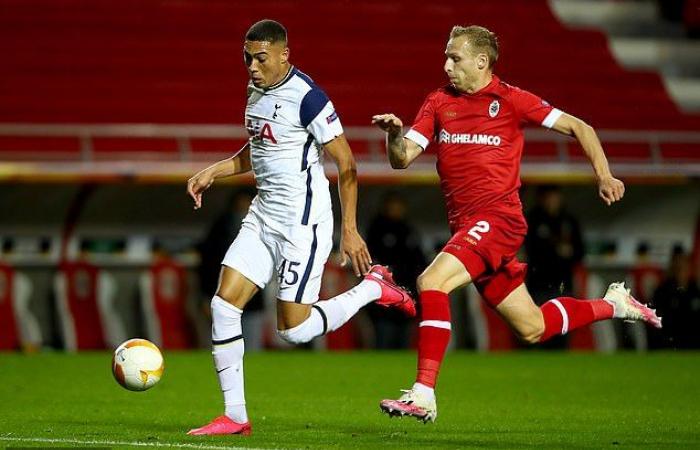 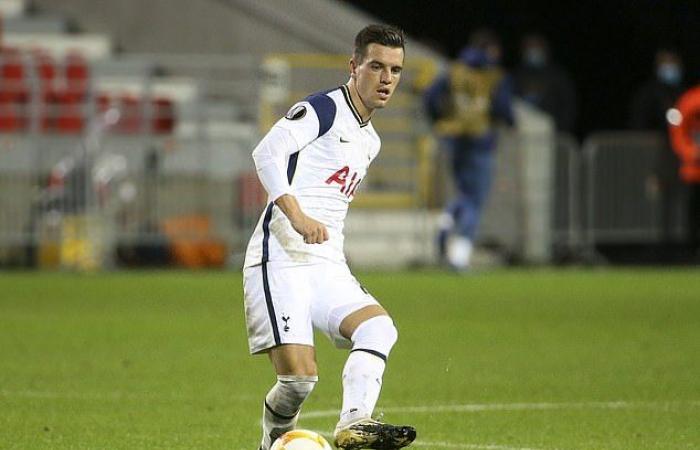 Jose Mourinho has made it clear which of his Tottenham players he can and cannot trust after his miserable 1-0 defeat against Antwerp.

The Spurs boss could not hide his disappointment with some of the club’s fringe players after their sad performances in Belgium on Thursday evening.

Mourinho made nine changes to his starting XI for the Europa League duel, giving Dele Alli, Harry Winks, Carlos Vinicius and Steven Bergwijn the opportunity to shine against fewer opponents.

But while the opportunity was there, neither of them took advantage of it – and Mourinho had to make a number of changes at halftime to regain a result.

The performances of Son Heung-min, Harry Kane and Erik Lamela in the second half were not enough to save a point at the Bosuil Stadium. The damage was already done after Lior Refaelov’s winning goal in the first half.

When asked about Alli’s performance afterward, Mourinho refused to criticize players individually but did not hold back when it came to criticizing the team’s sad performance.

“I don’t want to analyze individually,” Mourinho told reporters after the game. ‘It’s fair to say that players who perform poorly influence the team, but a team also influences individual performance. 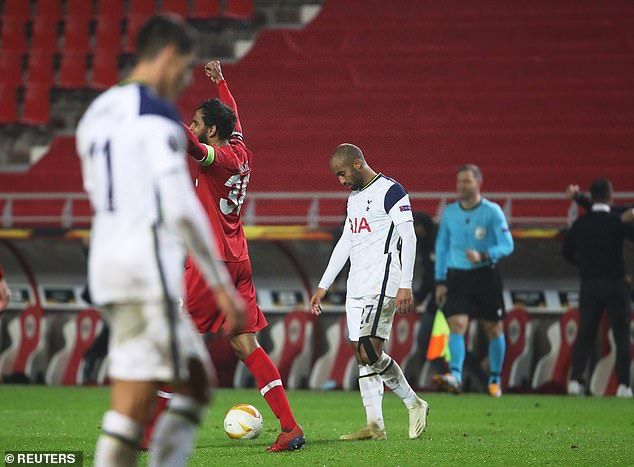 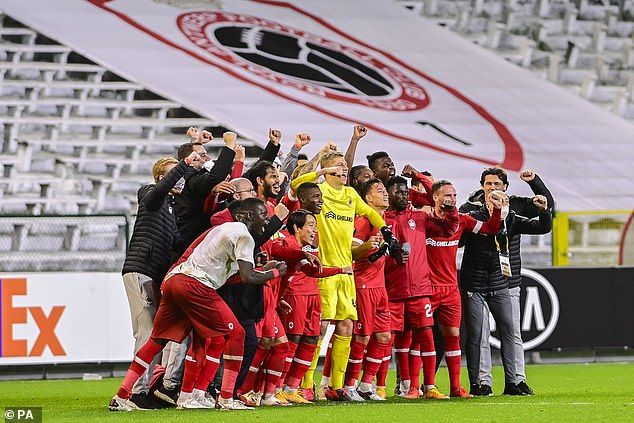 “You know what our best team is. I always like to think that the players deserve a chance. We have a big squad with a lot of good players. It is my responsibility to give them opportunities, but it is also their opportunity to take the opportunity with both hands and ask for more. Tonight shows that my future decisions will be very simple. ‚

Mourinho’s damned assessment makes one thing clear: He knows his best XI and who he can rely on in the future.

But who are the players who made his future selection “very easy”? Sportsmail takes a lot from the Spurs players, who have to improve quickly if they want to fight their way back into the first team.

Chances for Dele Alli have been hard to come by this season and it seems they are even harder to come by after Thursday’s appearance.

The England international may now regret the chance to leave the club on loan in the summer window as it is clear the minutes are running out under Mourinho.

After his first start in a month, Alli went missing when it came down to it as he hadn’t left any mark on the game.

And the statistics don’t read well either. 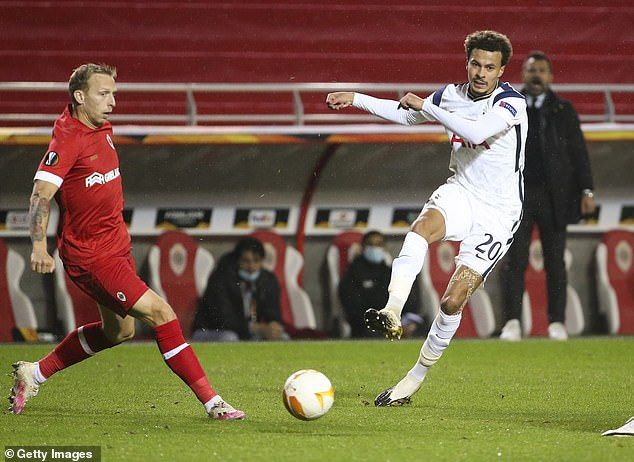 Before Alli was one of the four men who got hooked at halftime, he didn’t make a single attempt on goal, he had zero percent duel success and no tackles while losing the ball eleven times.

It was the second time in three starts that Alli did not return in the second half after starting the game, which puts his future at the club in great doubt.

His start to life under Mourinho was very promising, but now the Portuguese boss will ask if ‘Dele’s brother’ is back.

While Alli downgraded the pecking order in Spurs’ attack lines, Bergwijn has the unenviable job of rivaling Son, Erik Lamela, Lucas Moura and Gareth Bale for a spot on the wing.

The Dutchman was given a starting spot against Antwerp but struggled to break Ivan Leko’s stubborn defense, bringing him to the stands with Alli in the second half.

While both have age on their side, the chance to impress Mourinho on a night when it was badly needed is over and Bergwijn faces an uphill battle in a position that is already heavily populated. 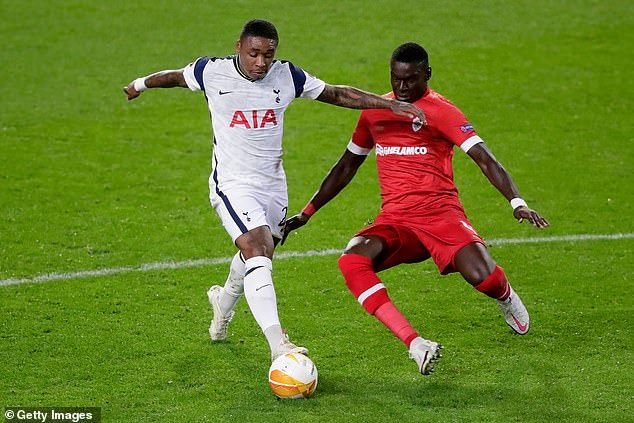 His performance on Thursday will leave Mourinho in no doubt about Bergwijn’s role in the team – an impact sub and a good rotation player.

However, if the former PSV man wants to play a more prominent role in the squad, he’ll have to be more influential when given the chance.

Mourinho was always skeptical of Davinson Sanchez long before the couple arrived in Tottenham.

When the Colombian took on Mourinho’s Manchester United for Ajax in the 2017 Europa League final, he was targeted as a “weak link” in the Dutch defense.

Recent appearances have not helped his cause as he looked shaky at times against an Antwerp team that could have scored three or four goals that night.

Sanchez has managed to recover through a tors-saving block after a terrible back pass against Hugo Lloris but has been suspended more than once, raising the question of whether he will be given more opportunities to start in the Premier League.

Eric Dier and Toby Aldwereireld are Mourinho’s preferred center-back pairing and have nailed the starting places. It remains to be seen whether Sanchez will be running minutes on a regular basis in the near future. 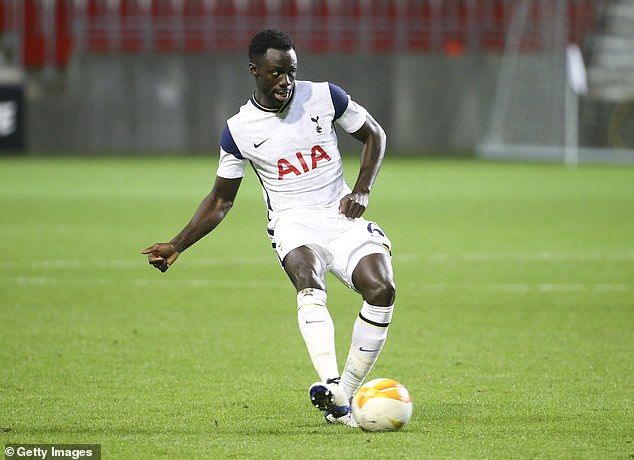 Pierre-Emile Hojbjerg is the type of midfielder Spurs has been screaming for for a while – but the Dane’s arrival comes at the expense of Harry Winks’ place on the team.

The England international showed an uninspiring performance against Antwerp and could not make a lasting impression in the 90 minutes that he had on the field.

He almost gave Antwerp a second goal after the break when, as already mentioned, Sanchez brilliantly blocked his lazy back pass to Lloris.

Winks also fought for minutes with Tanguy Ndombele, whose rapid increase in form pushed Winks further into the pecking order of midfield. The French prefer a pivot as it is much more direct to Mourinho’s taste.

It’s safe to say that Mourinho has had a thing for winks since replacing Mauricio Pochettino last November. With such performances against Antwerp, however, Winks has to do more than rely on a good feeling to get back into the starting XI. 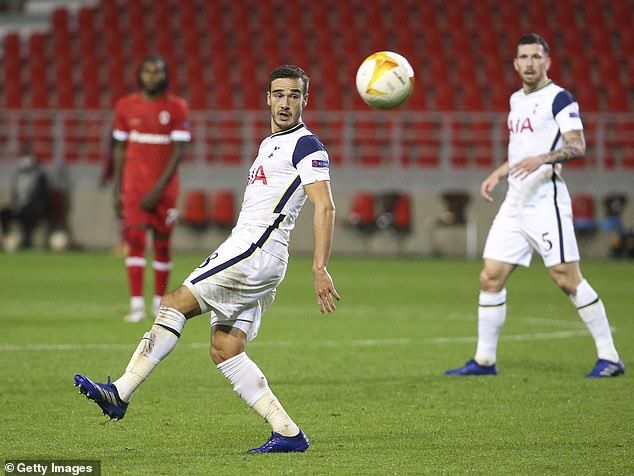 This may be one of the tougher inclusions on this list, but it’s fair to say there’s a lot more work to be done for new boy Carlos Vinicius.

The Brazilian made his debut last week after receiving two assists against LASK in the club’s first group match of the club’s Europa League.

His connection game with Lucas and Son earned him rave reviews, and many looked forward to seeing him in action again.

It wasn’t meant to be a repeat of his exploits, however, as the Brazilian was dragged out at halftime in Belgium to give Son 45 minutes to make a difference.

It’s far too early to judge how Vinicius will fare at Tottenham but Mourinho will depend on him given the full schedule this season. 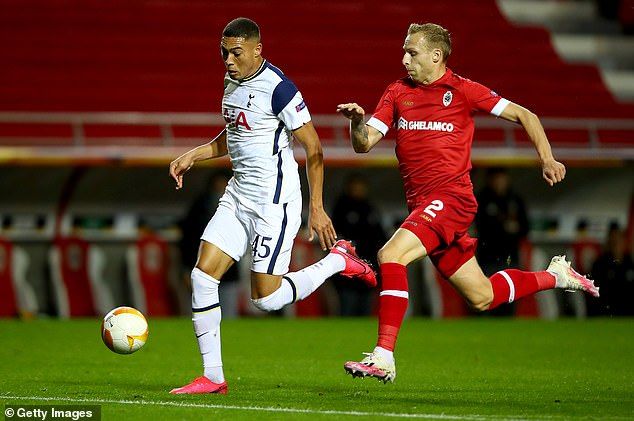 There is still a lot to do for the new Tottenham boy Carlos Vinicius (left).

While Giovani Lo Celso wasn’t terrible against Antwerp, he wasn’t great either.

Lo Celso, another player who was delighted at halftime, looked out of pace in the first half.

As the Argentine regains fitness after a muscle injury, he hopes to be more effective if given more minutes in the coming days and weeks.

Lo Celso did enough to impress Mourinho at Tottenham and secure a spot in his starting XI but injuries have plagued him.

While he’s not a cause for concern like others on this list, Lo Celso will know his standards can’t slip if he is to rely on them this year. 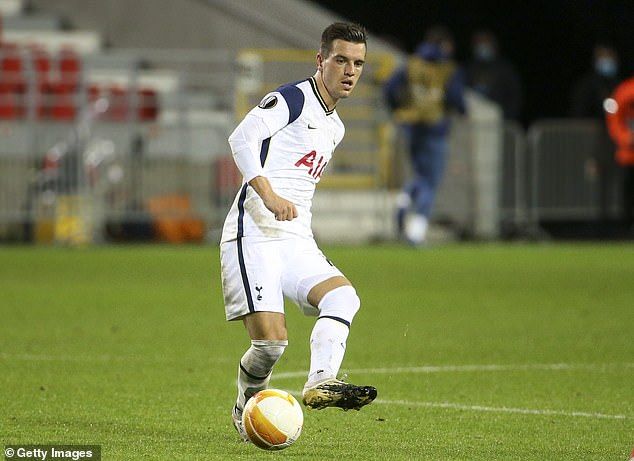 These were the details of the news Who are Tottenham players on Jose Mourinho’s hit list after a... for this day. We hope that we have succeeded by giving you the full details and information. To follow all our news, you can subscribe to the alerts system or to one of our different systems to provide you with all that is new.