Sebastian Vettel plans to jump into the Aston Martin project before... 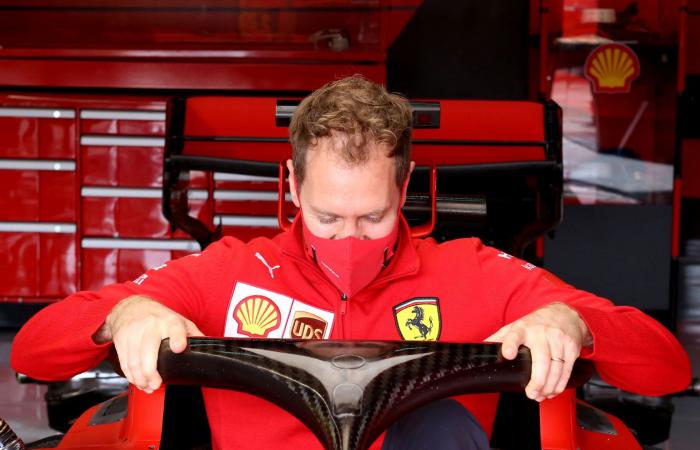 Sebastian answered what he would miss most about Ferrari. First thing he’ll do when he comes to Racing Point / Aston Martin next season.

Sebastian Vettel will miss the people at Ferrari

Sebastian Vettel said that being with a team is like being in a relationship. He has a long relationship with Scuderia Ferrari. He explained, “I think I’ll miss the people.”

His love for Ferrari was palpable for Michael Schumacher’s victories with Ferrari. Sebastian explained that the people and memories are preserved even after leaving the team.

However, Sebastian recognized Ferrari’s legacy. He said, “I will miss the spirit, the idea, the legend of Ferrari”.

Sebastian admitted his love for Ferrari. In the meantime, he explained that as part of the team, you see the people behind the team. According to Sebastian, these are the essential part of the team.

“The good news is that I will see some of them regularly next year. Different, but still “he added.

Sebastian discusses the challenges of moving to Aston Martin

The former world champion is having a tough season at Ferrari and is solely focused on getting the most out of these final races. As a result, he pointed out that he didn’t really think about what to do first when he joins Aston Martin in 2021.

However, Vettel admitted that there will be some challenges. “I think it will be a great challenge to have everything under control.”, he said.

Understandably, it takes time to get used to a new team and a new car. Vettel said: “From January to February I will throw myself into the project. Make sure I understand everything before you drive, test, and race. “

According to Sebastian, the most important thing is to understand and know the team. First thing he would do he said: “Trying to identify the differences and help make things better.”

Sebastian Vettel had to leave Ferrari without realizing his dream of winning a world championship with the team. Vettel will look forward to leaving the disastrous 2020 season behind and battling for the podium with Aston Martin again next season.

These were the details of the news Sebastian Vettel plans to jump into the Aston Martin project before... for this day. We hope that we have succeeded by giving you the full details and information. To follow all our news, you can subscribe to the alerts system or to one of our different systems to provide you with all that is new.