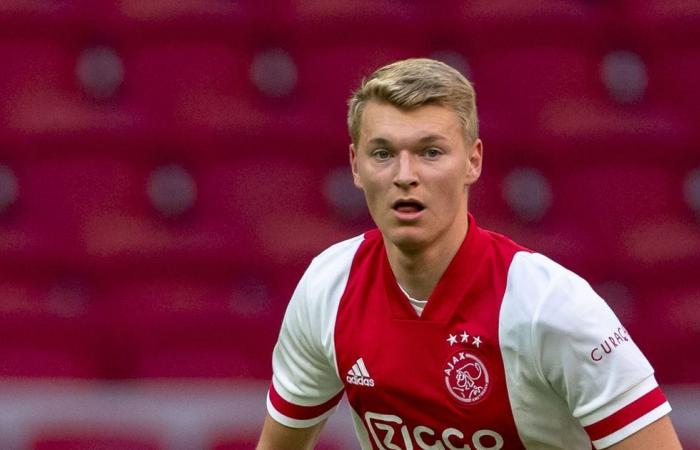 Schuurs was already on trial at Anfield when he was 17 and while impressed it was better to leave him in Holland with Fortuna Sittard and keep monitoring his progress.

The 6ft 3in stopper, whose composure and authority has been compared to a young Virgil van Dijk, was the captain of Fortuna Sittard as a teenager before joining Ajax.

And after Matthijs de Ligt’s departure to Juventus, Schuurs, now 20, has earned a permanent place in the team of manager Erik ten Hag.

As the son of a Dutch international handball player and with a sister who is a professional tennis player, the young Schuurs was always destined for a career in sport.

He was called up by Holland but has yet to make his international debut but ironically, Van Dijk’s long-term injury could change that.

And so his club future could be with Liverpool boss Jürgen Klopp and his coaches, who spoke about his performance eleven days ago in Amsterdam during the opening victory of the Champions League against Ajax.

Will Liverpool win the league again this season? Let me know below.

This could result in an offer in the January transfer window, especially as other leading clubs become increasingly aware of the stylish stopper’s potential.

You will also be able to take a closer look at Schuurs when he and Ajax come to Anfield on December 1 for the second leg of the Champions League.

Liverpool’s interest in Schuurs comes amid reports that Man Utd are keeping an eye on Ajax team-mate Ryan Gravenberch.

Ajax are preparing for a bidding war for the 18-year-old midfielder. Barcelona and Juventus are also keen to get his signature.

These were the details of the news Liverpool are monitoring Ajax defender Perr Schuurs two years after the... for this day. We hope that we have succeeded by giving you the full details and information. To follow all our news, you can subscribe to the alerts system or to one of our different systems to provide you with all that is new.