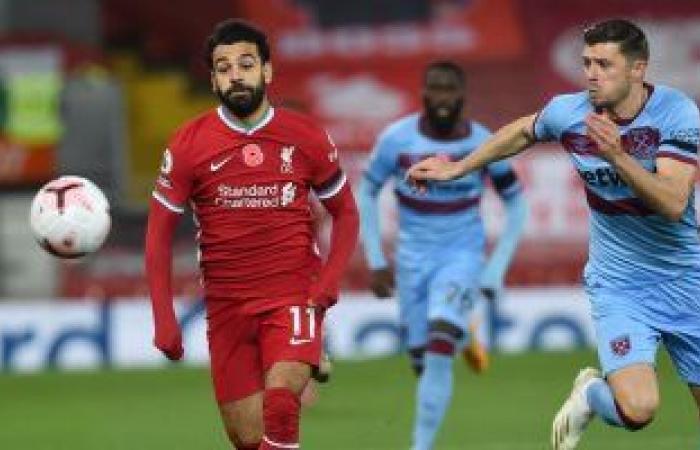 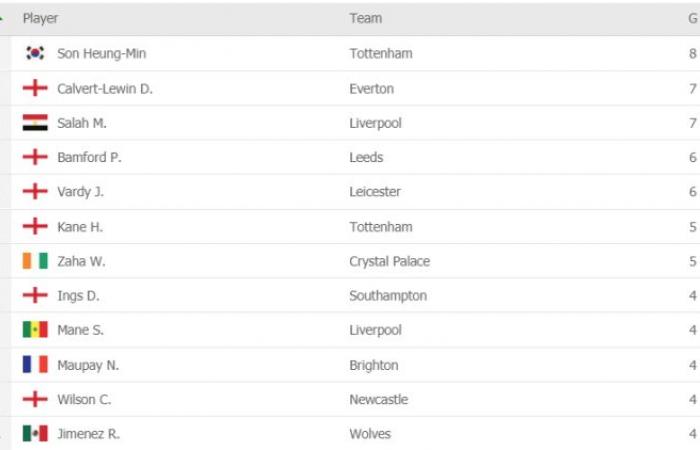 Egyptian star Mohamed Salah, Liverpool’s English striker, raised his score to 7 goals this season in the Premier League, after scoring a goal in the Reds ’difficult victory over West Ham United with two goals to a goal, in the match that was held at Anfield Stadium, in the seventh round confrontations. From the excellent English league, and the Egyptian star Mohamed Salah scored the equalizer for the Reds in the 42nd minute from a penalty kick that he obtained himself after blocking him inside the penalty area, to raise his score to 7 goals in the new season 2020-2021.

Mohamed Salah is the top scorer in the English Premier League with 7 goals, equal to Everton’s Dominic Calvert Lewin, and one goal difference from South Koreas Son Heung-min, Tottenham Hotspur striker, who is top with 8 goals..

Only two players come in fourth place with 6 goals, they are Patrick Bamford, the brilliant Leeds United striker, who scored a hat-trick against Aston Villa in the last round, and Jimmy Vardy, Leicester City striker.

These were the details of the news The Premier League scorer ranking .. Mohamed Salah is in the... for this day. We hope that we have succeeded by giving you the full details and information. To follow all our news, you can subscribe to the alerts system or to one of our different systems to provide you with all that is new.