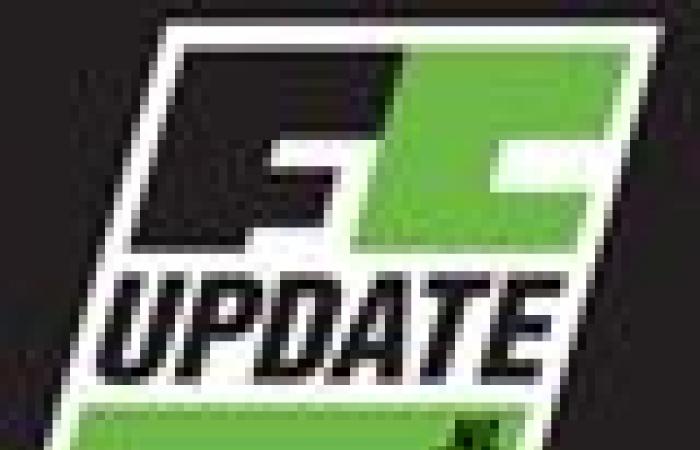 GOAL! Giakoumakis shoots in the 2-1 with a nice bicycle kick.

An extra five minutes is added.

Oops! VVV shows something and almost scores 2-1. Van Dijck is just heading over the goal.

Goalscorer Joosten leaves the field. Gabriel Gudmundsson is his replacement.

In any case, the concentration has fallen far away at Groningen. Seems like they are okay with it.

VVV is bumbling, but the Nordics hardly profit from it.

The attacker appears to be offside.

What an opportunity! Giakoumakis shoots wide of the open goal.

No penalty. However, a corner for VVV.

VVV claims a handball from Matusiwa.

Corner VVV is blown away by Padt.

Double change for VVV. Arias and Hunte come into the field. They replace Machach and Janssen.

It seems that seasoning Da Cruz cannot go on.

Kirschbaum picks the ball out of the air.

Pachonik has since been replaced by Stan van Dijck.

Daniel van Kaam has been replaced by Ramon Pascal Lundqvist.

Da Cruz seems to take a little too long, but lays the ball well ready for Strond Larsen who shoots in cold blood.

KICK OFF! We started again in Groningen.

PEACE! Groningen enters the dressing room with a deserved 1-0 lead.

Another corner for the Venlo team.

Giakoumakis claims for a penalty kick. Lindhout waves it away.

Van Crooij with a free kick in a dangerous place.

Joosten almost runs in the ball after a cross from Van Hintum.

Jafar Arias is already warming up.

The man who has to score the goals for VVV, Giakoumakis, is injured on the ground.

Da Cruz’s header ends right in the hands of Kirschbaum.

We have now been on the road for half an hour. For the time being, a deserved 1-0 lead for the home team.

Van Kaam has to shoot the 2-0 on a pass from Strand Larsen.

Da Cruz throws the ball in front and Joosten finishes it nicely.

GOAL! Patrick Joosten still shoots the 1-0 in for Groningen.

Da Cruz may again come far, but does not deliver the ball well.

The VAR is currently looking after the images.

Beach Larsen slaps Swinkels in the face just before his cross.

GOAL! Van Kaam shoots in the 1-0 for Groningen at the far post.

His through ball on Larsen Beach is too hard. Goal stairs VVV.

Da Cruz is allowed to continue far in the sixteen meter area of ​​VVV.

El Messaoudi tries from afar, but his bet is lost.

The field has a hard time in Groningen.

Joosten’s corner is headed away by the VVV defense.

VVV lost 1 of the last 9 encounters against Groningen.

It is raining cats and dogs in Groningen.

The first shot of the match. Machach shoots wide of Padt’s goal.

VVV has kicked off in Groningen!

The kick-off will take place in ten minutes at the Euroborg in Groningen.

The competition is led by Allard Lindhout. The VAR is Edwin van de Graaf.

I’m going to pass on the lineups of both teams!

VVV managed to beat Groningen twice last season. In De Koel it became 2-1 and in De Euroborg the team from Venlo won 0-1.

Good evening and welcome to the live report of the FC Groningen – VVV-Venlo match!

These were the details of the news Live: FC Groningen – VVV-Venlo (31 October 2020) for this day. We hope that we have succeeded by giving you the full details and information. To follow all our news, you can subscribe to the alerts system or to one of our different systems to provide you with all that is new.