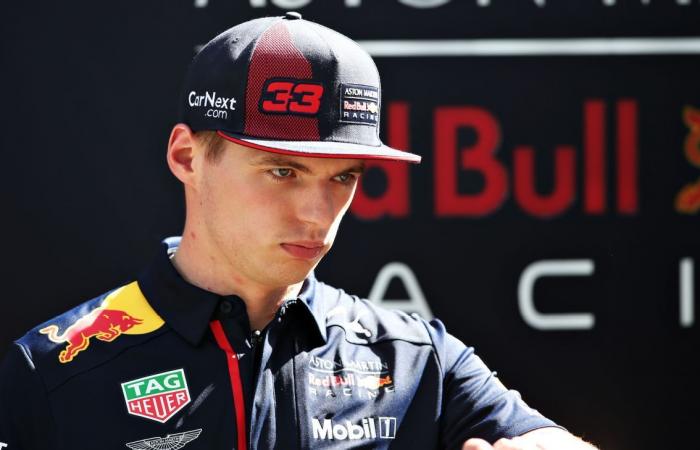 The Mongolian government has written to the FIA ​​to complain about the “racist and derogatory remarks” made by F1 driver Max Verstappen during the Portuguese Grand Prix.

Verstappen collided with rival Lance Stroll during practice on Friday at the Portimao circuit.

After the incident, a radio message was sent from Verstappen to his Red Bull team. It contained several swear words and a bow for which he was reprimanded, and ended with, “I am harmed. What a Mongol. I swear.”

Mongolia’s UN Ambassador Lundeg Purevsuren wrote about the comments to the FIA ​​this week.

According to a report from Motorsport.com, the letter to the FIA ​​read: “I regret the public use of racist and unethical language by Red Bull driver Max Verstappen during practice for the Formula 1 World Championship Portugal Grand Prix on September 23rd 2020.

“Sport is seen around the world as a symbol of unity and I believe that there should be no form of racial discrimination in sport.

“I support the Formula 1 initiative ‘We Race as One’ against racism. However, based on the above incident, I doubt this initiative is a reality.

“I am confident that the International Automobile Federation (FIA) will take action against Red Bull driver Max Verstappen to prevent such unethical behavior from recurring in sport for repeatedly using racist and derogatory language against ethnic groups. “”

The report goes on to say that the Mongolian government has also sent letters to Red Bull CEO and founder Dietrich Mateschitz and Aston Martin CEO Tobias Moers expressing their anger. Aston Martin is the title sponsor of Red Bull.

Red Bull declined to comment when asked by ESPN.

Verstappen apologized for the comments in a press conference before Friday that led to the Emilia Romagna Grand Prix this weekend.

“It happened in the heat of the moment and when you are driving at such speeds, things like this can happen. I am not saying that the words I chose are the right ones, I know they are not correct. I never meant to offend anyone.

“I also berated Lance, but of course I saw him right afterwards. That’s how racing drivers are too, we can be angry with each other, but within five minutes we talk to each other and look each other in the eye, it’s forgotten I think sometimes it gets a bit hot from the outside.

“I never wanted to hurt anyone in particular. I don’t think they have to make it bigger than it is. I also know that wasn’t right. But I can’t change that. But of course you learn from it and we will do better. ”

Red Bull boss Christian Horner said on Friday that the matter had been discussed privately with Verstappen.

“We do not tolerate Max ‘comments on the team radio yesterday,” Horner told the BBC. “They were made in the heat of the moment when the emotions were high and Max didn’t want to cause offense. We discussed this internally with Max. ”

These were the details of the news Mongolia accuses Verstappen of F1 “racist and derogatory” statements for this day. We hope that we have succeeded by giving you the full details and information. To follow all our news, you can subscribe to the alerts system or to one of our different systems to provide you with all that is new.