Time and where to watch live on TV and online –... 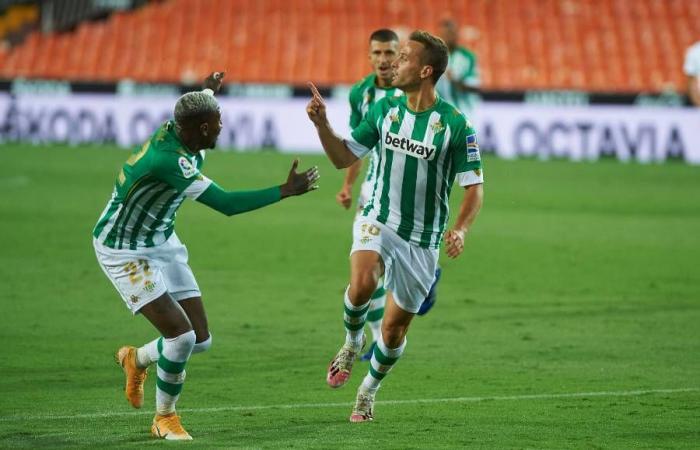 Real Betis, which is in tenth place in the standings, will face Elche, located in ninth place, at the Benito Villamarín Stadium, at 10:00 a.m., on Sunday, November 1

Television: On which channel to watch Real Betis vs Elche?

The match between those led by Manuel Pellegrini and Jorge Almirón will be broadcast on the DirecTV Sports signal.

Internet: where to go live online Real Betis vs Elche?

You can follow the match that will be played at Benito Villamarín online on DirecTV Go.

What does Coolbet’s forecast say for the match between Real Betis Y Elche?

Coolbet, the chosen best betting house already has its forecast for this commitment. If Real Betis wins, they will deliver a 1.50 fee, while Elche’s victory will pay 7.50. For its part, an equality will give 4.35.

If you want to bet on the duel between Real Betis and Elche, you can do it HERE.

It should be remembered that the fees that appear in this article correspond to the time of its writing, and eventually these may change. Bet Responsibly with the BEAR by Coolbet. You can withdraw directly to your checking account, Rut Account or Servipag stores.

Claudio Bravo breathe momentarily calm as the goalkeeper of the Real Betis, despite the absence he had in three matches in the Spanish league for a ligament strain in the knee that even prevented him from being in the Chilean National Team in the last double qualifying date.

Although, his reappearance has not been one of the best with five goals against in the duels against Real Sociedad and Atlético Madrid, the Chilean goal has had great performances that have left him on the podium of the best on the field for his cast.

This protagonism and leadership has allowed him to be the owner of the three clubs to the detriment of Joel robles that until then was Bravo’s only competition in goal. However, in recent days one of the great projections that the Verdiblanco team has returned in the goal, it is the 22-year-old goalkeeper and selected under 21 Dani Martín who overcame a grade 3 sprain and is already in the last stage of his recovery, even doing field work.

As reported ABC Sevilla, the young goalkeeper who was injured in a practice with the youth team in early September, reappeared in training with the goalkeeper coach and after earlier in the season It was a possible option starting on loan, today he will stay to compete for a position.

In any case, the aforementioned media sees complicated the option that it is a real threat to Claudio Bravo, who for the moment is a sure and transcendental piece for Manuel Pellegrini, not only because of his abilities, but also because of his defensive order on the court.

*The article has been translated based on the content of Source link by https://www.encancha.cl/real-betis-vs-elche-previa-coolbet20/
. If there is any problem regarding the content, copyright, please leave a report below the article. We will try to process as quickly as possible to protect the rights of the author. Thank you very much!

These were the details of the news Time and where to watch live on TV and online –... for this day. We hope that we have succeeded by giving you the full details and information. To follow all our news, you can subscribe to the alerts system or to one of our different systems to provide you with all that is new.