Lefevere: ‘What Bennett did is of a very different order than... 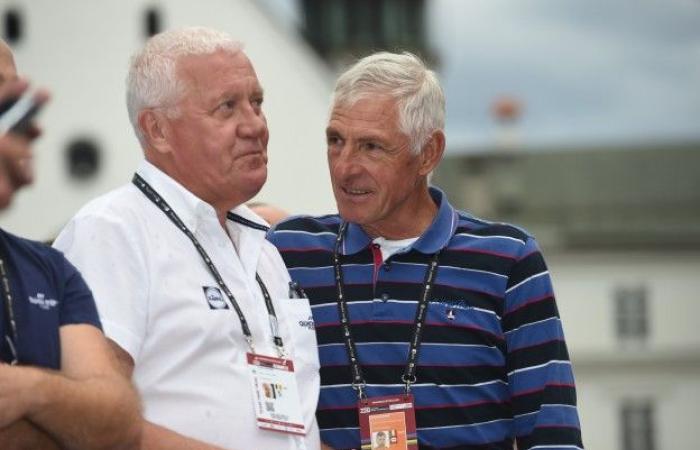 Patrick Lefevere caused a sensation again this week by going completely crazy on Twitter after a declassification of his sprint Sam Bennett. In his column The newspapaer the foreman of Deceuninck-Quick-Step elaborates on his story. ‘I am especially sorry that I stand up for my own riders. It is what I myself as a driver would expect from my boss. ‘

Lefevere reacted on Thursday as if stung by a wasp after the ninth stage in the Vuelta a España. Bennett won the stage after a bunch sprint, but before that he had already given a push to Emils Liepins. After a protest by Trek-Segafredo, Bennett was put back in the result. ‘I was supposedly hypocritical because I defended Sam, while I had previously attacked Dylan Groenewegen when Fabio Jakobsen in Poland had deliberately driven into the fences. To be honest, I don’t see how those two opinions are mutually exclusive, ‘Lefevere writes in his column.

What Sam did was defensive action. I don’t know Emils Liepins, but I agree: that boy has every right to join the sprint. He just has to do it in a fair way, ‘the Belgian continues. ‘What Sam did is of a completely different order than consciously cutting off a competitor in full sprint. But you have to want to understand that. And you have to race to understand it. Then you also know that it is an unwritten law that as a sprinter you do not just cycle between someone’s lead out. And certainly not if you don’t have a record of achievements. ‘

What does Lefevere think of all the criticism he received on Twitter? ‘It slides off me like water from a duck. I say my opinion and what Sjaak Klootvis from Achterhoek thinks about it: it doesn’t bother me in the slightest. Sjaak Klootvis has three followers. I have 55,000. ‘ (photo: Sirotti)

These were the details of the news Lefevere: ‘What Bennett did is of a very different order than... for this day. We hope that we have succeeded by giving you the full details and information. To follow all our news, you can subscribe to the alerts system or to one of our different systems to provide you with all that is new.