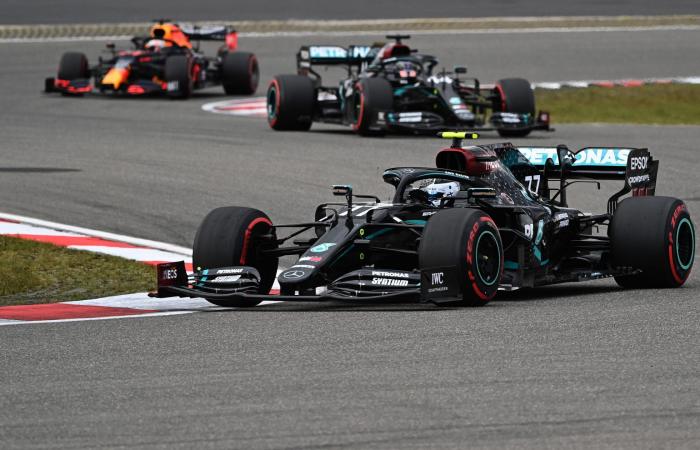 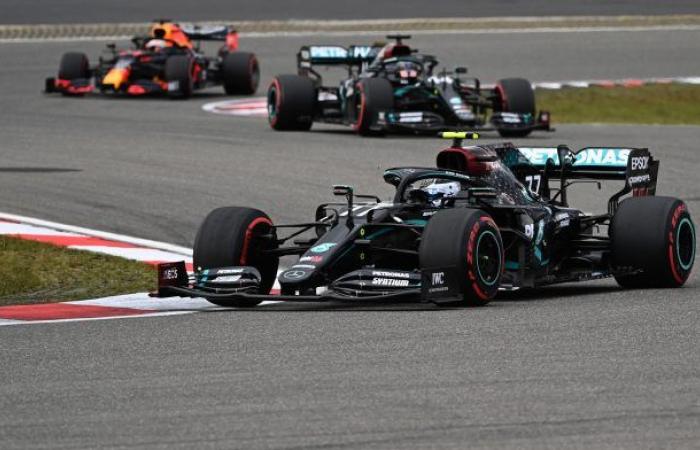 Squeaky tires and excitement right up to the last second: Formula 1 is now also available live in the stream on RTL.de. The new Formula 1 season 2020, which was shortened due to the corona pandemic, started on July 3 and has so far shown that not the slightest amount of action has been lost despite the crisis.

So that racing fans get their money’s worth even more, we are providing a special highlight: every racing weekend RTL.de shows the 1st free practice and the 2nd free practice live in a free stream. The training Friday for the Emilia Romagna Grand Prix in Imola next weekend is unfortunately canceled, but of course we will show the only one Free practice on Saturday, October 31, from 9:55 a.m. to 11:35 a.m. Then it goes straight to the qualifying on TV at RTL.

Although the usual training Friday on the race weekend in Imola is not available, you can watch the 1st free practice on Saturday, October 31, 2020 from 9:55 a.m. here in the free live stream. You can’t see the stream correctly? Click here!

Hopeless crisis at Ferrari, soaring at Mercedes: The shortened Formula 1 season 2020 is quite tough. At the chaotic start of the season in Austria, Mercedes driver Valtteri Bottas was in the lead after Max Verstappen rolled out with his Red Bull without power and Sebastian Vettel made a catastrophic spin.

In the subsequent races in Styria, Hungary and Silverstone, it was again a Mercedes driver, Lewis Hamilton, who emerged as the winner three times in a row and emerged as the clear favorite for the world title. The German Ferrari driver Sebastian Vettel only made negative headlines with a crash with his teammate Charles Leclerc and frequent criticism of the car.

At the 70th anniversary GP of Formula 1 in Silverstone, “King” Lewis Hamilton had to admit defeat for the first time in three races on the second race weekend in Silverstone. After a few tire problems at Mercedes in the scorching heat, it was Max Verstappen (Red Bull) who clinched his first win of the season thanks to an outstanding strategy.

Despite Max Verstappen’s challenge and a new chassis for Sebastian Vettel, it was Lewis Hamilton who cruised to safe start-finish victories both in the heat at the Spanish GP and at the one-sided Grand Prix in Belgium. Two race weekends in Italy followed, which brought a surprising victory for Pierre Gasly in the “Ferrari living room” in Monza and another Hamilton triumph at the chaotic Tuscany GP in Mugello.

At the Russian GP in Sochi, Valtteri Bottas benefited from an embarrassing blackout by Lewis Hamilton. The Finn won while Hamilton baseled the Schumi record. At the Formula 1 comeback at the Nürburgring, however, the time had finally come for “King” Lewis: The Formula 1 leader won his 91st victory on Schumi’s home track of all places, setting the racing legend’s record. And the new record holder immediately followed victory number 92 at the Grand Prix of Portugal and thus wrote further numbers for the history books.

You can see the upcoming Grand Prix of Emilia Romagna in Imola on Sunday, November 1st, from 12 p.m. (start of the race: 1:10 p.m.) live on RTL and online in the RTL livestream on TVNOW.de.

Timetable: The Grand Prix of Emilia Romagna at a glance

As with the live broadcasts of the Formula 1 races 2020, ex-racing drivers Nico Rosberg and Timo Glock are working alongside Florian König as experts in the live streams of the free practice sessions. As in the previous year, Heiko Waßer and Christian Danner comment on the races while Kai Ebel reports from the pit lane.

You can see the 1st free practice of the Emilia Romagna Grand Prix in Imola on Saturday, October 31st above in the RTL.de livestream, in free TV on n-tv or online in the n-tv livestream on TVNOW.de .

*The article has been translated based on the content of Source link by https://www.rtl.de/cms/formel-1-emilia-romagna-gp-live-1-freies-training-in-imola-jetzt-im-live-stream-online-bei-rtl-de-4584966.html
. If there is any problem regarding the content, copyright, please leave a report below the article. We will try to process as quickly as possible to protect the rights of the author. Thank you very much!

These were the details of the news Formula 1 Emilia Romagna GP live: 1st free practice in Imola... for this day. We hope that we have succeeded by giving you the full details and information. To follow all our news, you can subscribe to the alerts system or to one of our different systems to provide you with all that is new.