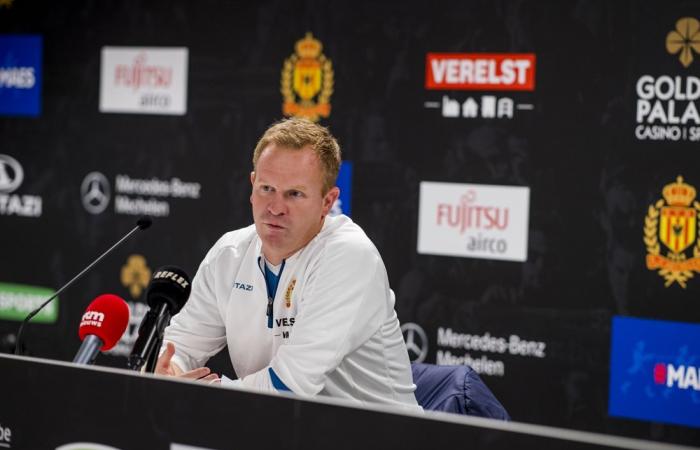 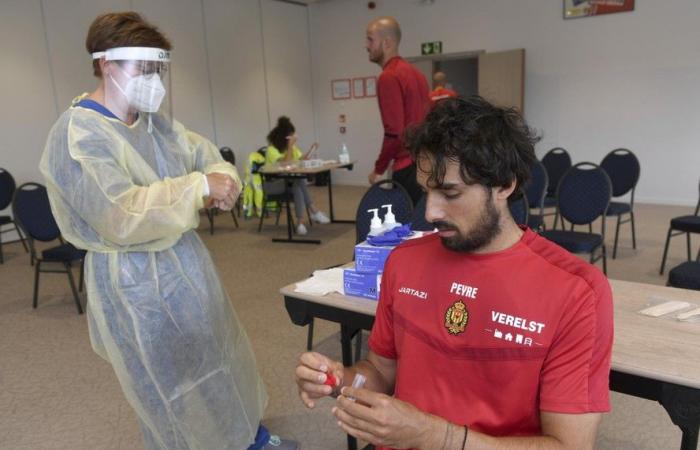 The corona virus has been keeping an ugly house at KV Mechelen for a while. Seven players from the first team are still positive and are also in quarantine, but Saturday’s match against Club Brugge (8:45 PM) continues as usual. Wouter Vrancken is not happy about it. “I think that the whole situation should be taken into account. Otherwise you are playing with people’s health. ”

A dozen men. Vrancken had to do it this week in training. After all, Vranckx, Shved and Bouzian tested positive again, as did Togui and Peyre, who have been in isolation for some time. With Wernersson and Van den Eynden, two more positive cases were added this week. In principle, these are enough pawns to postpone tomorrow’s match, just like last week’s match against KAS Eupen. Still, the Pro League rejected the Mechelen question about this, because it does not concern seven essential players. Trainer Vrancken reacted in disbelief to the decision on Friday afternoon. “I find it absurd that young people like Bouzian, Van den Eynden and certainly Vranckx do not count according to the protocols. I understand that the Pro League is introducing a target number, but in this you have to look at the global package. ”

Vrancken was referring to the five Bushiri, Schoofs, Kaya, Voet and Boni that only joined today and has only one group training in its legs. “Schoofs trained at home on his home trainer, but other boys could hardly do any exercises. Peyre, for example, who is still positive, has been seriously ill and still suffers from loss of smell and taste. Actually, we are not left with seven absentees, but with twelve boys who are not in top shape because of positive or only just negative again. ”

“I think that the whole situation should be taken into account. Otherwise you are playing with people’s health ”, Vrancken said sharply. “For the time being, there is no evidence whatsoever that top sport is not dangerous after a corona infection. And I’m not even talking about possible injuries. We are obliged to play a top match against the national champions for boys who did almost nothing for ten days. ”

Knife to the throat

Vrancken also misses the suspended Kabore. Defour and Walsh have not played an official game for eight months. “In every line it is gradually with the knife to the throat. Therefore again: it is incomprehensible that we have to play, also given the social situation in which we find ourselves. ” Despite the heavily disrupted run, Vrancken wants to make something of it with Malinwa at Jan Breydel. “We don’t just go to Bruges to be ‘present’. We will try to draw motivation from all of this situation to achieve a result. Club has a good team, but I am sure that there will be opportunities and openings for us too. ”

These were the details of the news KV Mechelen coach Wouter Vrancken is stunned that game against … for this day. We hope that we have succeeded by giving you the full details and information. To follow all our news, you can subscribe to the alerts system or to one of our different systems to provide you with all that is new.