Juan Carlos Osorio would be an option to assume the position... 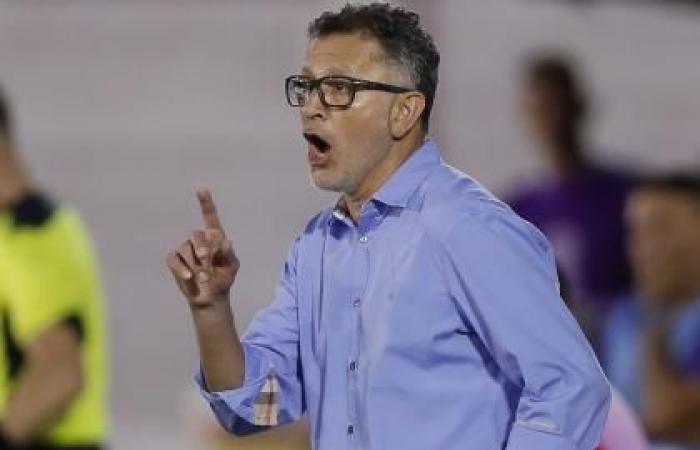 Although Juan Carlos Osorio assured that he is focused on Atlético Nacional, a new rumor puts the 59-year-old strategist on the radar of a foreign team, in this case, the MLS.

As reported by the beIN Sports journalist, Fernando Cevallos, the coach of the purslane team is one of the options handled by Los Angeles Galaxy to replace Guillermo Barros Schelotto, who was dismissed from his position in the last hours.

As reported, the intention of the directors of the North American club is to build the team around Javier ‘Chicharito’ Hernández, so they would look for a coach close to the Mexican, to be able to get the best version of him and his teammates .

With this panorama, according to the journalist, the names of two former coaches of the Mexican National Team appeared in the galactic club, Javier Aguirre and Juan Carlos Osorio:

“Chicharito. LA Galaxy intends to build a project around him, they hope to recover his best football version and that is where the names of Javier Aguirre and Juan Carlos Osorio appear as candidates for the bench. Vasco has a hand when he is without team, “Cevallos wrote.

For now, the truth is that Juan Carlos Osorio does not have among his plans to change clubs, so his mind is on the game that Atlético Nacional has against Millonarios on Saturday at the Nemesio Camacho El Campín Stadium. Antioquia’s green team fights to qualify in advance of the playoffs, and has a ticket to the next phase of the South American Cup at stake.

*The article has been translated based on the content of Source link by https://www.futbolred.com/futbol-colombiano/liga-betplay/juan-carlos-osorio-seria-una-opcion-para-asumir-el-cargo-de-entrenador-en-la-galaxy-126549
. If there is any problem regarding the content, copyright, please leave a report below the article. We will try to process as quickly as possible to protect the rights of the author. Thank you very much!

These were the details of the news Juan Carlos Osorio would be an option to assume the position... for this day. We hope that we have succeeded by giving you the full details and information. To follow all our news, you can subscribe to the alerts system or to one of our different systems to provide you with all that is new.