Zidane sees that “Hazard is doing well”, but has to … 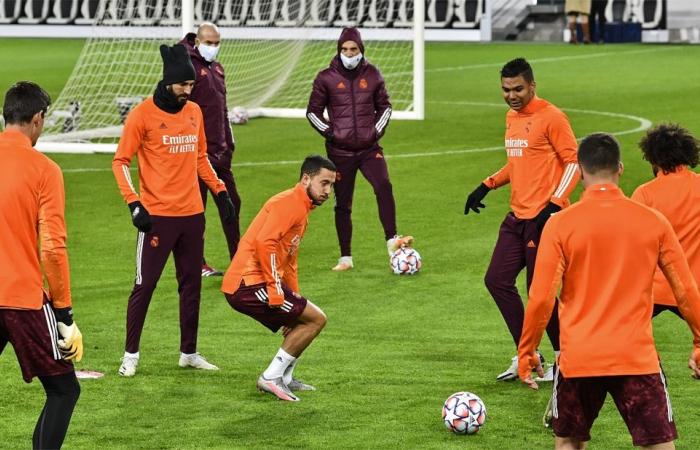 After months of injuries, Eden Hazard has been training with the Royal Dutch for a while and on Tuesday evening he received his first playing minutes in the Champions League at Borussia Mönchengladbach since August 7. About twenty minutes before the final whistle, he came in and in the end he saw the Madrilenians turn a 2-0 deficit into a 2-2 draw, although Hazard’s merit was rather limited.

The return, however, makes dreams of more, but in the Spanish capital they do not want to take any risks with their record purchase in the first place. Hazard will gradually be brought back into the team and will therefore also have minutes against Huesca, but a starting place will probably still come too early. “He is doing well, we are satisfied,” Zidane said at the press moment on Friday. “He trains with the group every day and feels good, that’s the most important thing.”

The Madrid coach also came back to the incident with Karim Benzema, on Tuesday evening in the players’ tunnel in Germany. After a downright catastrophic first half of the visitors, Karim Benzema spoke with Ferland Mendy disdainfully about teammate Vinicius. A nearby camera could record images and sound. “He’s just doing something. I’m telling you, don’t play the ball to him. He’s playing against us, ”said Benzema.

However, according to Zidane, the fire has already been extinguished. “They have talked that out in the meantime. Such things happen now and then on a football field, and certainly during a match in which the atmosphere is tense. Most importantly, it doesn’t stick afterwards. It has been talked about and that is also closed. ”

In contrast to the Champions League, in which a one in six was booked against Shakhtar and Gladbach, Real has not missed its competition start in their own country. With thirteen out of eighteen, the Royal is in second place in La Liga, one point behind Adnan Januzaj’s Real Sociedad. However, the Basques have played one more game.

These were the details of the news Zidane sees that “Hazard is doing well”, but has to … for this day. We hope that we have succeeded by giving you the full details and information. To follow all our news, you can subscribe to the alerts system or to one of our different systems to provide you with all that is new.