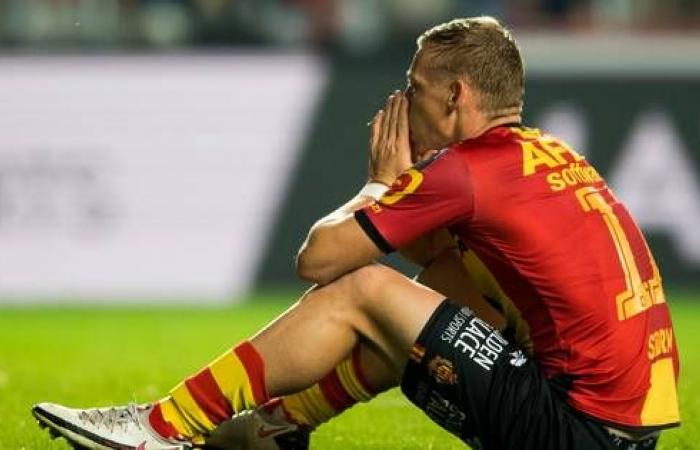 Yesterday the players, staff and employees of KV Mechelen underwent a new corona test. This showed that Victor Wernersson and Bas Van den Eynden are infected. Vranckx, Shved and Bouzian have not yet gotten rid of it. Earlier it became known that Peyre and Togui are still positive.

Bushiri also tested positive again, but is said to have produced enough antibodies to be able to rejoin the group. Schoofs, Kaya, Voet and Boni are negative.

The total at KV Mechelen is therefore still seven infections in the A core. Basically enough to ask for a match to be postponed. Malinwa would consider that too – the official application has not yet been submitted. The match against Club Brugge will therefore continue until further notice.

When the game takes place on Saturday, Malinwa, who trained with barely twelve players today, will be in a difficult position. The players who had to be quarantined in the last ten to fourteen days have not trained. In addition to the infected players, KV also has to miss the suspended Issa Kaboré and Sheldon Bateau was sick (no corona) almost all week. If the game against Club continues, Wouter Vrancken has to puzzle hard.

Excel Mouscron has quarantined its entire core and technical staff. There is no more training at the club, the players were given a practice schedule by trainer Simao who has not been able to coach a single match since his arrival.

Of the 33 players, 21 tested positive for corona. Of course, Sunday’s game against STVV is canceled. That was also the case last weekend for the trip to Cercle. The quarantine will last until Tuesday, November 2. Then it will be examined whether it is necessary any longer.

These were the details of the news Club Brugge-KV Mechelen in danger? Malinwa still has 7 positive... for this day. We hope that we have succeeded by giving you the full details and information. To follow all our news, you can subscribe to the alerts system or to one of our different systems to provide you with all that is new.