Colo Colo vs Everton: ONE by ONE – SUMMARY, RESULT, VIDEO... 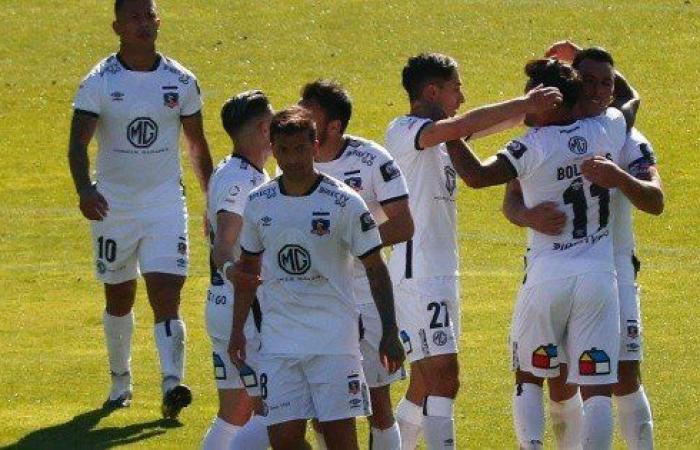 Colo Colo he went out of his way visiting Everton from Viña del Mar at the Sausalito Stadium, igualando just 1-1 on the scoreboard with so many by Walter González for the locals and Marcos Bolados for the albos. The final result, unfortunately, does not add much to the eagerness of the team of Gustavo Quinteros to get out of the bottom of the Positions table.

Errors like the bad coverage in the centers were seen in the rival, as well as little firepower when generating attack. The Cacique simply does not raise in any facet in the absence of just one game to finish the first round of this National Championship 2020.

Brayan Cortés: As for González, he was able to order the defense in a better way, as three rival players appeared to define the center of San Juan completely alone. This has been seen throughout this 2020, so it is urgent to improve communication with its players to raise somewhat the poor level of the Alba rearguard.

Oscar Opazo: Very low party of Torta, in a worrying trend so far in 2020. In González’s goal they beat his back as in the whole year, being a null contribution and even a problem in all rival centers. In the second half he improved a little, but not enough to change the sad image he is leaving for the fans.

Felipe Campos: He did not score anyone in Gonzalez’s goal, standing in the area without seeing how three rival players waited completely alone for the center of San Juan. It is to be expected that he will be the one sacrificed in defense with the arrival of Uruguayan Maximiliano Falcón.

Juan Manuel Insaurralde: He left his place in defense in the Everton goal by going to help Suazo in the center of San Juan, failing miserably by blocking the rival and generating a free disorder for the 1-0 against. It will be necessary to see if there is a greater understanding with Falcón than has been seen with Campos, which, let’s say, has left much to be desired.

Brayan Vejar: No contribution in attack and a defensive passageway, since he could never control Cuevas and Echeverría. By his band the opening of the account was born, with a good combination between Cuevas himself and San Juan for the center that ended in González’s goal. In the second half he climbed a few meters to go on the attack, without being a major agent of danger. He was replaced by Carlos Carmona.

Cesar Fuentes: He does not manage to prevail in the midfield, neither defending nor generating play for his teammates. He was replaced at halftime after a discreet commitment in the first 45 minutes.

Gabriel Suazo: Low game of the steering wheel, in his usual disorder and being very untidy when delivering the ball. It must be said, but his presence in the starting team occurs because there are no other options above him.

Leonardo Valencia: Another discreet game for the attacker, showing little security when it comes to generating play and even complacent in some parts of the game, having no connection with the delicate moment of the team. Like Suazo, he says present week by week because there is no one else to take his place.

Marcos Bolados: Zuñiga had it well controlled in the first half, canceling it completely. In the 1-0 he was very late to help in the mark in the colocolina area, marking almost only the shadow of González. He had his revenge in the second half, scoring the transitional 1-1. Unfortunately he had to be injured minutes later.

Esteban Paredes: With a lot of desire in the first half, having three goal options that he did not know how to define quite well. He could not make major differences when closing the plays. He was replaced by Arriagada in the second half.

Gabriel Costa: He tried for his band, but San Juan kept him at bay without showing the good passages that were seen a couple of meetings ago. It went off in 45 minutes. Despite that, it was the highlight among the albos.

Provost Branch: He entered to give the midfield more freshness in the second half, but did not make a difference in the set-up of the game or the take away. There are already too many opportunities, regardless of the coach on duty. It will be necessary to see if Quinteros has the same patience.

Ronald de la Fuente: He had to enter the emergency for the injured Marcos Bolados, taking the place of Brayan Vejar in defense to leave the former Palestinian in attack. In all, he knew how to accomplish his task.

Luciano Arriagada: He entered with enthusiasm, even earning a yellow with just a few seconds on the court. A very good personal move was sent down the right wing (something that no pointer could do throughout the game) that ended in a center cleared by the rival defense. Let’s hope that from now on it will be at least the first change in the attack, because in energy and desire it does not stay.

Carlos Carmona: He came in to give the midfield some more security when Everton was coming dangerously close. It did not fully comply, because the locals were closer to 2-1 near the end on several occasions.

Gustavo Quinteros: He had a week of work after the sad defeat to Jorge Wilstermann for the Copa Libertadores, so it was surprising that he bet on the same team that was not able to harm the Bolivians. The bet was not at all, with the same warmth in attack, little generation of play in the midfield and errors in defense that have been seen throughout this 2020. Against Deportes Iquique it must be the definitive takeoff, not only because of the delicate place in the standings, but because we would already be talking about a bad start to the process at the Monumental Stadium. Saturday is won or won, that simple.

These were the details of the news Colo Colo vs Everton: ONE by ONE – SUMMARY, RESULT, VIDEO... for this day. We hope that we have succeeded by giving you the full details and information. To follow all our news, you can subscribe to the alerts system or to one of our different systems to provide you with all that is new.