Praise for Van der Sar: ‘Glad that Ajax is again about... 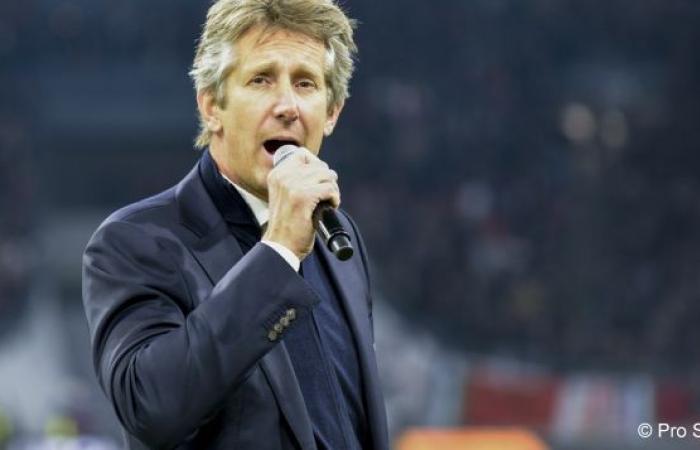 Former Ajax director Michael Kinsbergen is happy that Ajax is again about football. That sounds logical, but it is not, he says. With Edwin van der Sar as general manager, the club is entering a new world. ‘Ajax was a fairly complex organization and many people interfered with policy. Cruijff wanted someone with football knowledge in every community. Bayern Munich was explicitly looked at. ‘

Van der Sar was trained under Kinsbergen for the work as general manager at Ajax. That took some getting used to in the beginning. Edwin said he had literally never sat on an office chair. He was a sportsman of tremendous fitness. After a day at the office we were sometimes able to wring him out, ‘says Kinsbergen Football International.

In that period, Van der Sar was thoughtful and modest, without very explicit ideas, but someone who was ambitious and disciplined. They chose to give Van der Sar the title of marketing director. ‘We could do anything with that. If you want a leader with a lot of football experience, the result is automatically that he does not have the experience of a regular CEO. Because of the stock exchange listing, the fallacy is often made to compare the Ajax director with captains of industry. But the function is too specific for that. ‘

According to Kinbergen, there are many examples of successful business people who start running a football club, but do not understand the mechanisms of such a football club. ‘One of the most important tasks of a management is, for example, appointing the trainer. This must be done by someone with knowledge. The dressing room feeling cannot be learned, while many management tasks can be learned. ‘

Not only as a football player, but also as a director, Van der Sar has arranged criticism. It is a part of football. For example, the tragedy around Abdelhak Nouri is the low point in the Van der Sar era. Voetbal International writes that a former star player as a director has many advantages, but in this case also the disadvantages of the Cruijf model come to light. Van der Sar left the sensitive issue to then operational director Rutger Arisz instead of taking matters into his own hands. ‘In this case he does not put enough weight on his own personality as weight’, is written. The aftermath of the Nouri affair thus acquires a ‘corporate appearance’.

It causes a lot of criticism against Van der Sar. ‘Absorbing criticism is one of his qualities,’ says Kinsbergen. ‘Edwin hears it all, but can handle it very well. He is not called ice rabbit for nothing. I still recognize the keeper in him. He immediately puts mistakes aside, he just focuses on the next ball again. ‘

These were the details of the news Praise for Van der Sar: ‘Glad that Ajax is again about... for this day. We hope that we have succeeded by giving you the full details and information. To follow all our news, you can subscribe to the alerts system or to one of our different systems to provide you with all that is new.