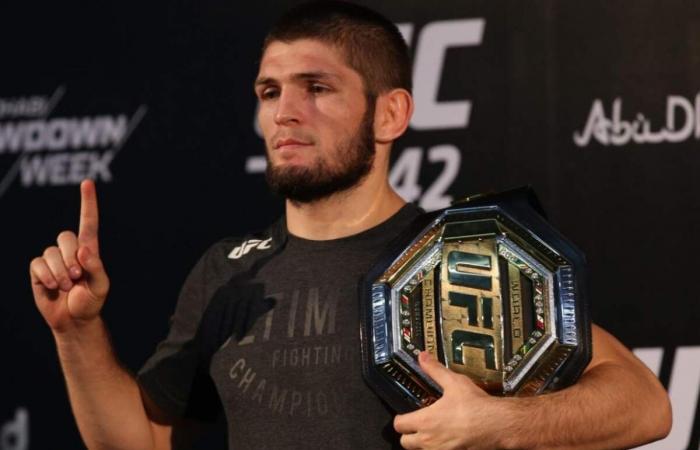 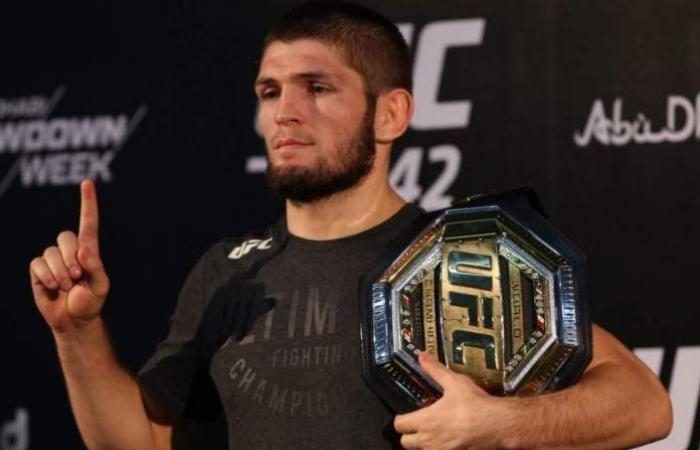 Russian fighter Habib Nur Mamedov and UFC champion of the mixed martial arts union, was able to beat his American rivals Justin Giace in the UAE capital Abu Dhabi, and he announced through that match, which is the last, that he will retire from the sport.

Russian Habib Nur Mammadov announces his retirement after the death of his father with the Corona virus:

Where he confirmed that he would not return to the ring without his father, who died due to the spread of the new Corona virus Covid 19 last July, and Habib, who is 32 years old, was announced after his victory in Abu Dhabi.

“I am the undisputed champion of UFC competitions, with a score of 13-0 and 29-0 throughout my entire MMA career, as he continued his words and said during his collapse in the ring after winning the fight and retaining the world title,” he said.

“Today I want to say that this is my last outing. I cannot go back here without my father,” he added. When they came to UFC to play the Justin match, I spoke with my mother for three days and I did not want to fight without my father, so I told her that it was my last fight. I gave her my word.

Abdul Moneim, 57, passed away last July, and he is the most prominent figure in the world of combat sports in the Russian Republic of Dagestan. In addition to his son Habib, he contributed to the formation of dozens of fighters on the global level in wrestling or mixed martial arts.

These were the details of the news After his recent victory, the Russian fighter Habib Nur Mammadov announces... for this day. We hope that we have succeeded by giving you the full details and information. To follow all our news, you can subscribe to the alerts system or to one of our different systems to provide you with all that is new.