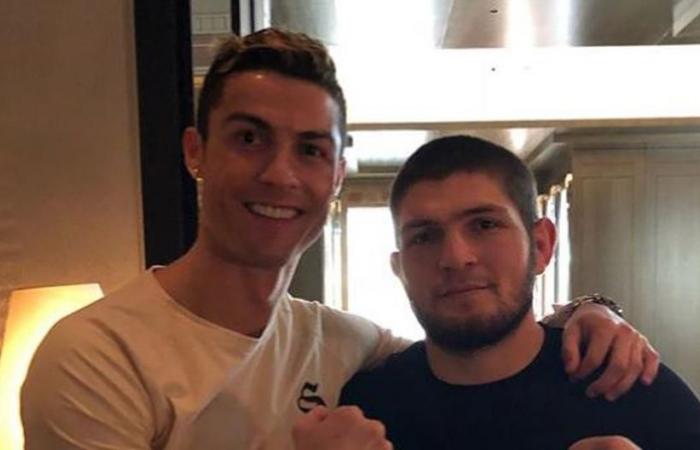 Khabib Nurmagomedov he extended his unbeaten record to 29-0 in the UFC 254 main event in Abu Dhabi, after beating Justin Gaethje. Their fight was followed by millions of fans, including Cristiano Ronaldo, who dedicated an emotional message to him on his Instagram account.

The Portuguese striker, a friend of the Russian fighter, did not hesitate to emulate the figure of the father of Khabib, who died a few months ago due to the new coronavirus. “Congrats brother. Your father is proud”Wrote the Juventus attacker.

The kickboxer could not bear to burst into tears, because he had the memory of his father in mind, but also because this fight was the last. “God gave me everything, thanks to my team that was here. Today I want to say that this is my last fight, there is no way I can go back without my father”, He declared at the end of the fight.

But, where does the friendship between the Portuguese star and the Russian fighter come from? At the beginning of the year, ‘CR7 ‘y Khabib, considered the best UFC fighter of the moment, they exchanged gifts and shared a pleasant moment, which was shared on their respective social networks.

That day, the attacker presented the kickboxer with the shirt with which he measured the txuri urdiñ and another, also a madridista, with the number ‘7’ and her name. For its part, Khabib He gave the soccer player a typical white cap of his country; He even taught him to greet the five-time winner of the Golden Ball in Arabic.

Cristiano Ronaldo He tested positive again in his last COVID-19 test, so he will have to wait to debut with Juventus in this edition of the Champions League. The Italian squad shares a group with FC Barcelona, team in which his archrival plays, Lionel Messi.

These were the details of the news Cristiano Ronaldo sent an emotional message to boxer Khabib after playing... for this day. We hope that we have succeeded by giving you the full details and information. To follow all our news, you can subscribe to the alerts system or to one of our different systems to provide you with all that is new.