“Golden State will be scary with Danny Abdia in the top... 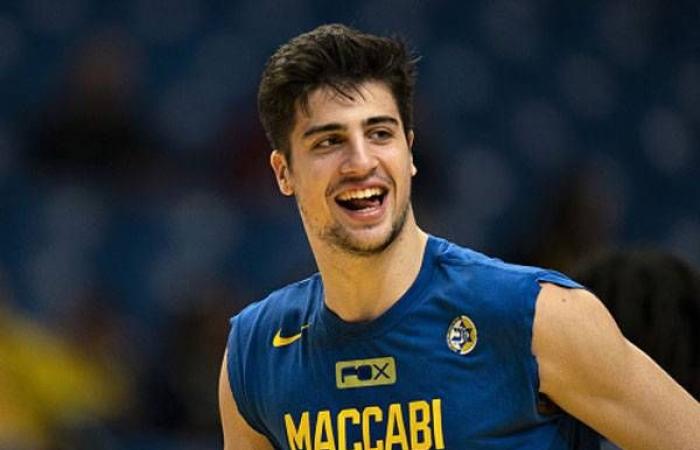 As the days of waiting for the NBA draft get shorter, the enthusiasm increases and the US begins to take the name Danny Abdia seriously. As part of the preparations for the event, which will take place on November 18, the league’s official website published an in-depth article about Abdia’s matches The website assumed that the Israeli diamond would be selected in the top 5, so they focused on its suitability for Minnesota, Golden State, Charlotte, Chicago and Cleveland.

Match for Timberwolves:
“The vast majority have linked Minnesota to guards Anthony Edwards and Amalou Ball, but ‘point-forward’ like Abdia will also work well alongside stars Diangelo Russell and Carl-Anthony Towns. And allow him to concentrate on accumulating points. “

In addition, refer to the intriguing team he may have with one of the league’s most talented chins: “His height, 2.06 meters, will make him and Towns a nightmare for any opponent once they both run ‘Pick & Roll’ or ‘Pick & Pop’. He is also a defensive player to help one From the weakest defensive teams in the league. ”

Golden State Match:
“It’s not surprising that the Warriors were enthusiastic about him. 2.06m tall players who know how to dribble, share dedication, and make decisions – don’t grow on trees. Without Andre Iguodala and Sean Livingstone, Golden State will no doubt be able to use Abdia’s caliber playmaker.”

The article claims that the Israeli could be a significant factor in the shooting of the sniper duo from San Francisco: “He will have full control of the Golden State sub-team. He will make life easier for Eric Pascal, who showed impressive ability in his rookie season last year. Abdia will allow Steve Kerr to get the ball out Of Stephen Kerry, and let the Splash Brothers concentrate on getting out of blockages that will give them free looks. ”

“Horstylism in the quintet of Abdia, Kerry, Thompson, Wiggins and Green will scare all the other teams in the league. The Israeli’s role will not be as big at Golden State as he could be in other teams, but there is no substitute for what he can learn from the Warriors stars.”

Match for Charlotte:
Of all the top 5 teams, Michael Jordan’s team may be the least associated with the loss. However, the NBA website tried to explain how the Maccabi Tel Aviv forward last season could still contribute to the Hornets: “If Charlotte chooses Abdia, she will be able to play with Terry Roger and Devonta Graham away from the ball, without sacrificing height on the defensive side.”

“Graham finished last season with 218 three-pointers, in fifth place in the league. He will immediately enjoy a player like Abdia who will play alongside him. If Abdia ‘manages the show’ and teams are closer to Graham, Roger will take advantage of that as another scorer. The Israeli forward will also fit in well. “Miles Bridges and PJ Washington. These three have created a low front line that can play at a high pace. Charlotte is a place where Abdia can become a star as fast as possible.”

Chicago Match:
“Like Charlotte, if Abdia is selected by the Bulls it will allow guard duo Kobe White and Zack Lavine to play far from the ball. This will maximize Billy Donovan’s attacking potential.” The NBA website also referred to the European team that could be formed with Laurie Markanen: “Markanen will be able to roll into the ring with a block and also go out for a three-pointer. He is perfect for Chicago’s top five, where he will play as a winger on defense and as a “point forward” on offense. ”

Cleveland accommodation:
A few weeks ago it seemed like a pretty flattering and sensible goal, though not particularly flashy, and today the fifth choice seems too ‘low’ for Abdia. “It’s hard to believe that a player with a talent like Abdia’s would still be on the board in the fifth pick,” it was claimed.

In any case, the article chose to examine the integration of the Israeli star for the first team in LeBron James’ career: “Towards last season in Cleveland, they discovered that Colin Sexton played well alongside a playmaker. Once Matthew Delvedova took his place in the center position, Sexton averaged “29.5 points per game in 57% from the field. Now imagine what he can do alongside a morale like Abdia that will take the reins as coordinator.”

In addition, the site referred to team star Kevin Love, who could improve the diamond’s shooting ability: “Working alongside Love will get the best out of losing, he knew how to find him out of the arc. He will also learn from a player who developed his game during his career. “For a better shot. If he’s available in the fifth round, Cleveland will have to act wisely and pick up her losses.”

*The article has been translated based on the content of Source link by https://www.sport5.co.il/articles.aspx?FolderID=403&docID=352300
. If there is any problem regarding the content, copyright, please leave a report below the article. We will try to process as quickly as possible to protect the rights of the author. Thank you very much!

These were the details of the news “Golden State will be scary with Danny Abdia in the top... for this day. We hope that we have succeeded by giving you the full details and information. To follow all our news, you can subscribe to the alerts system or to one of our different systems to provide you with all that is new.