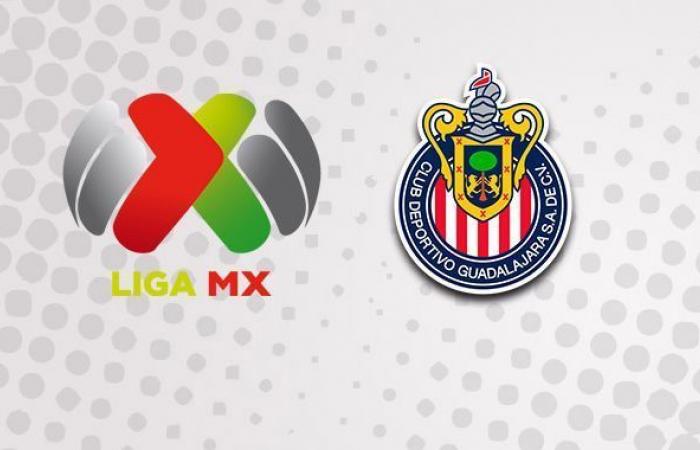 Chivas has three players who tested positive for Covid-19, as reported by Liga MX in an official statement

The Liga MX and Chivas reported that three players tested positive for Covid-19 In the tests that were carried out on 44 members of the first team prior to matchday 15 of the Guard1anes 2020 tournament, they also announced that a member of the coaching staff also tested positive.

“Prior to his participation in Day 15 of the LIGA BBVA MX Guard1anes 2020, the club carried out 44 COVID-19 detection tests on the members of the first team. The tests indicated 3 positive results in players and one in the coaching staff, ”the statement read.

In the same way, they reported that all are in isolation and under the care of team doctors while they follow the recommendations of local and national authorities to safeguard their integrity.

The club, so far, has not made public the names of the positive elements; However, sources confirmed to ESPN that Antonio Briseño, José Juan Vázquez and Ángel Zaldívar were the elements that tested positive earlier this week.

Query here all the news and results of Liga MX.

However, on Friday they carried out new tests in which the presence of SARS-CoV 2 would be confirmed and thus define their integration into the squad that would face Cruz Azul this Saturday.

So far in the contest Chivas has six cases confirmed by COVID 19: Ronaldo Cisneros, Oribe Peralta, Fernando Beltrán, Miguel Ponce, Uriel Antuna and Alexis Vega, all of them have already recovered, as they tested positive at the beginning of the contest.

*The article has been translated based on the content of Source link by https://espndeportes.espn.com/futbol/mexico/nota/_/id/7634811/chivas-tres-jugadores-positivos-pruebas-covid-19-liga-mx
. If there is any problem regarding the content, copyright, please leave a report below the article. We will try to process as quickly as possible to protect the rights of the author. Thank you very much!

These were the details of the news Liga MX and Chivas reported that three players tested positive for... for this day. We hope that we have succeeded by giving you the full details and information. To follow all our news, you can subscribe to the alerts system or to one of our different systems to provide you with all that is new.