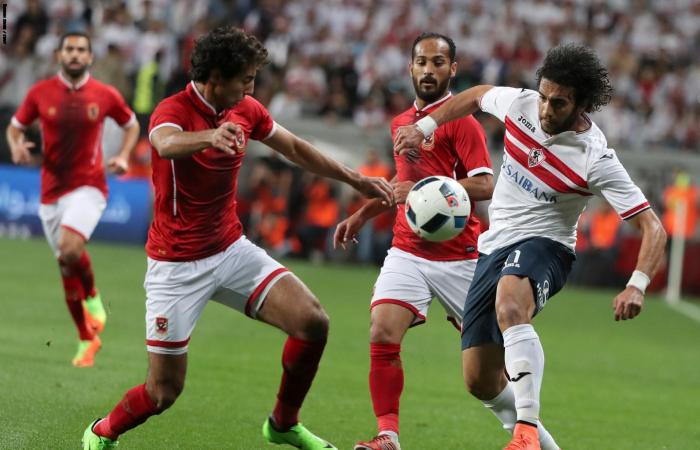 Officials of the five-year committee that runs the Egyptian Football Association headed by Amr Al-Ganaini denied some statements that confirmed the possibility of a public presence in the CAF Champions League final.

Al-Ahly qualified for the African Champions League final for the current version after overcoming the Moroccan Wydad Casablanca hurdle, while Zamalek put ahead in the continental final after defeating Raja in the latter’s stadium with a goal without a response by going the semi-final.

It suffices Zamalek to draw with any result in order for the final to be purely Egyptian in a historic event in the African Champions League, which has not been witnessed before by any final of the two parties from one country.

Officials of the Quintet, during press statements, stressed the impossibility of public attendance at the Cairo Stadium in the sixth of November, whether it will bring together Al-Ahly and Zamalek or Al-Ahly and Al-Raja.

And Mohamed Sultan, head of the medical committee of the Egyptian Football Association, had confirmed the existence of a proposal to enter a number of fans in the final of the Champions League, which will be hosted by Cairo International Stadium, a statement that revived the hopes of the fans of the poles to be present in the stands of the final stadium of the African dream.

These were the details of the news The Football Association shocked Al-Ahly and Zamalek with an unfortunate decision for this day. We hope that we have succeeded by giving you the full details and information. To follow all our news, you can subscribe to the alerts system or to one of our different systems to provide you with all that is new.