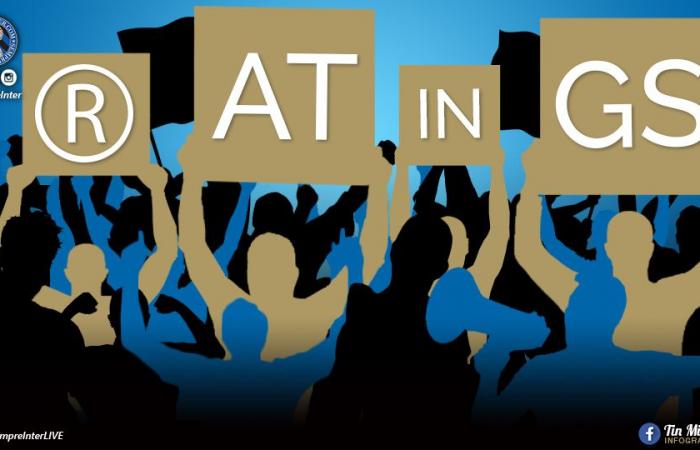 Rolando Maran’s men showed up and held Inter quiet for 60 minutes, with their physicality, discipline and determination to hold on to a 0-0 draw.

It took Romelu Lukaku and Barella a moment of brilliance to open the goal with Inter’s first shot on goal in the 64th minute and it has always been a walk in the park from then on. Ranocchia cushioned D’Ambrosio a corner to the back post to secure an important win and the first goal for Inter this season.

Samir Handanovic – 5: There isn’t much for Samir to do during the game. Almost managed to give away the ball once, but it didn’t cost Inter at all. Nice to see a clean sheet.

Danilo D’Ambrosio – 7: Much more involved in the attack than usual. Contributed to numerical advantages especially in the first half. Ultimate goal to calm Inter’s nerves. Consistent.

Andrea Ranocchia – 7: First start of the season and Pandev was a handful for him. Fought throughout the game and properly understood its basics throughout. Crucial support.

Alessandro Bastoni – 6.5: Welcome back for Alessandro. Looked a little rusty on the ball and couldn’t hit the press as he usually does so well until late in the game.

Matteo Darmian – 6.5: Positive game for Matteo as he ran up and down the flank. The last ball just didn’t click in the first half but it looked decent on both flanks today.

Marcelo Brozovic – 6: Frustrating to see. The moment a movement destroys his poor body language doesn’t help anyone around. Played better after Inter scored.

Arturo Vidal – 6: Couldn’t be involved in an attack. The ball wouldn’t fall for him. Tried his best to keep the ball moving and catch genoa. Submerged to rest.

Christian Eriksen – 6: Lots of great long balls towards Lautaro and Lukaku in the first half, but his performance fell in the second half. The spark disappeared.

Ivan Perisic – 6: Much improved performance from Ivan today. Stopped some promising moves at Genoa and was very good on attack for chance and space.

Romelu Lukaku – 7: Frustrating performance in the first half. Should have gotten a penalty. Genoa pressed and hurried it through, but its quality shone through.

Lautaro Martinez – 5.5: Lautaro was a little too eager. He lost his temper a bit and just like everyone else, the finishing touch or shot didn’t click for him during the entire game.

Nicolo Barella – 7: Came on and showed everyone what Eriksen was doing wrong with and without the ball in Conte’s formation. Great effect and opened genoa.

Achraf Hakimi – 5,5: Hakimi struggled when the false positive Covid test meant he hadn’t trained with the team and showed it. Not much in attack, not much in defense.

Andrea Pinamonti – 6: Positive second debut for Andrea. If Conte can squeeze a few minutes of quality, as he did today, it will help keep Lukaku and Lautaro fresher.

Radja Nainggolan – N / A: Decent 10 minutes. Got his positioning and decision making right. This shot looked like it would hit the back of the net. Nice to see him again for Inter.

Aleksandar Kolarov – N / A: Nice to see Kolarov as a full-back and he made himself felt in the short amount of time he had. If Young comes back, Inter will have many options.

Antonio Conte – 6: Conte’s plan didn’t work in the first half and the team looked without ideas. The second half showed the quality of the squad. No Pazza today

Davide Massa – 4: Another week, another group of poor Serie A umpires. If a group of umpires cannot see this foul on the technology available, they may need to change

Inter – 6.5: The first half was bad, Inter need to learn to break teams with a low block and men behind the ball. The second half was a different story. 3 points.

These were the details of the news Player ratings Genoa 0-2 Inter: Romelu Lukaku’s brilliance saves the Nerazzurri... for this day. We hope that we have succeeded by giving you the full details and information. To follow all our news, you can subscribe to the alerts system or to one of our different systems to provide you with all that is new.