The fighter Habib … the story that began with a fight... 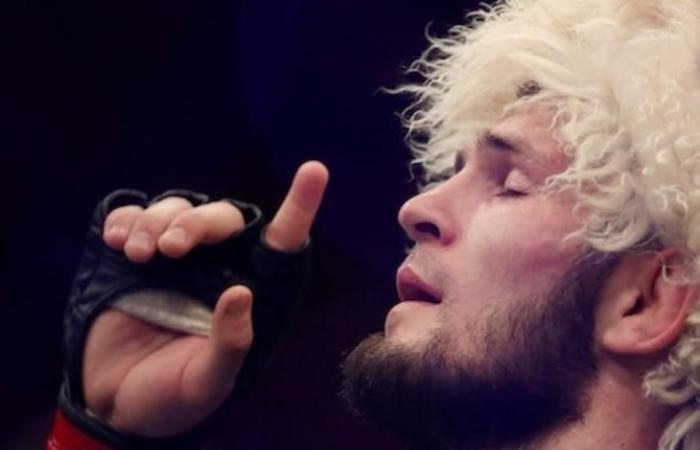 Russian Habib Nur Mammadov, the UFC martial arts champion, announced his abrupt retirement, which came surprisingly to the fans, after defeating American Justin Gaetji, due to the death of his father.

The story of the legendary hero Habib began more than 23 years ago during a video tape dating back to 1997, when he was a child under the age of ten, and he appeared during the video clip wrestling with a young bear.

Habib appeared consistently and always wanted to win from the first moment when he battled the bear, while he was still learning the principles of wrestling by grasping one of the bear’s legs.

His upbringing was surrounded by all the factors of heroism, as he was born in a mountain village called Seldi in the Russian Republic of Dagestan, and he was brought up to learn martial arts that were first taught by his father, Abd al-Munaf Nurmagomedov.

Habib joined the UFC Martial Arts Federation after his official invitation in 2011 after a unbeaten streak in Russia and Ukraine.

Russian Habib has a pregnant record in which he knows nothing but victory, as he fought 29 fights throughout his career that no one could beat.

The player Habib entered into a famous fight with the Irish MacGregor in 2018, which witnessed clashes between the supporters of the two competitors, and both Habib and McGregor were punished due to the events that followed the fight.

After that incident, Russian television broadcast pictures of Vladimir Putin welcoming Nur Mammadov to congratulate him on his victory.

Habib Nur Mammadov gained wide fame in Arab and Islamic countries over the past years, after he became the first Russian and the first Muslim to win the world champion in mixed martial arts in lightweight

Some considered him a symbol of defending the Islamic religion, after his famous fight with MacGregor, which witnessed clashes after the match and evolved into the Irish fighter insulting religion in front of Habib’s eyes, so the latter decided to respond in his own way.

These were the details of the news The fighter Habib … the story that began with a fight... for this day. We hope that we have succeeded by giving you the full details and information. To follow all our news, you can subscribe to the alerts system or to one of our different systems to provide you with all that is new.