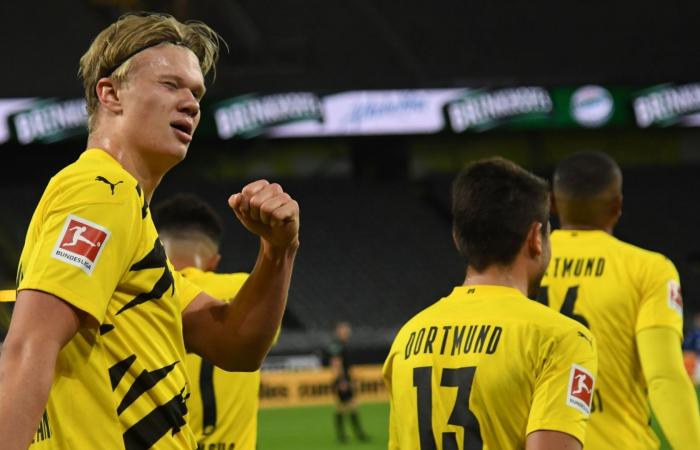 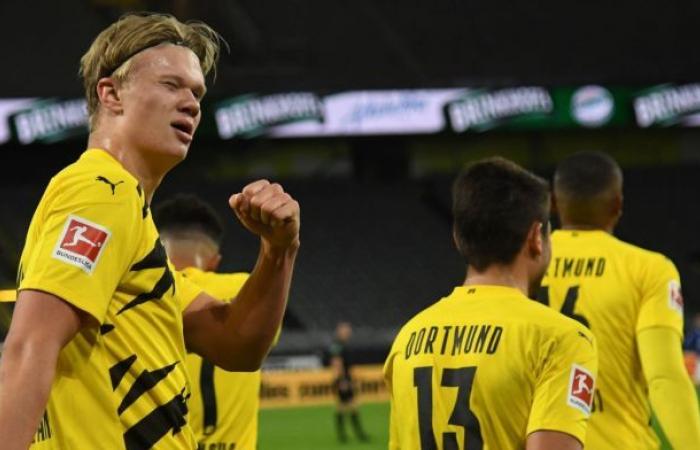 Borussia Dortmund scored a 3-0 win against Schalke 04 in the derby in the Ruhr area on Saturday to exacerbate the misery for the neighbors, who have now played 21 Bundesliga games without a win.

Schalke, one of the bottom of the table, managed to hold Dortmund in check for 55 minutes until Manuel Akanji broke his resistance.

Erling Haaland, with his fifth goal of the season, then added a second and Mats Hummels completed the rating.

The win was a relief for Dortmund after the 3-1 loss to Lazio in the Champions League on Tuesday and brought them to third place in the table with 12 points, behind Bayern Munich in second place due to the goal difference.

Schalke, who have not won a league since beating Borussia Mönchengladbach on January 17th and have not scored a goal in the last three derbies, have one point.

Only 300 fans watched the game in the 80,000-seat Dortmund stadium after local authorities lowered the limit due to an increase in COVID-19 cases.

Raphael Guerreiro just missed and Mahmoud Dahoud hit the bar from 30 meters when Dortmund dominated the first half.

Dortmund finally broke through from a corner as Guerreiro’s shot was saved by Frederik Roennow and Akanji, recovering from a COVID-19 infection, was the quickest to rebound.

An excellent combination between Haaland and Jadon Sancho led to the second six minutes later. The Norwegian played the ball to Sancho, who raced forward and sent a perfect pass to Haaland, who threw it over Roennow.

Hummels ended the win in the 78th minute with a powerful header from Guerreiro’s corner.

These were the details of the news Borussia Dortmund vs. Schalke 04 – football match report – October... for this day. We hope that we have succeeded by giving you the full details and information. To follow all our news, you can subscribe to the alerts system or to one of our different systems to provide you with all that is new.