Who is Bamford, who broke into the adult struggle in Premier... 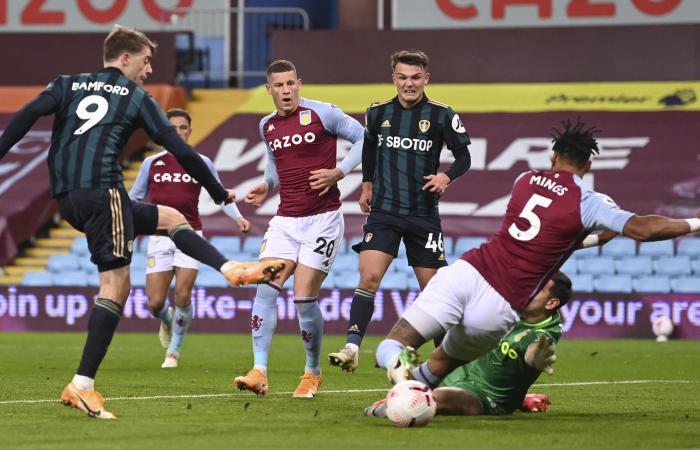 One of the happy surprises for fans of the Premier League, especially for those who have been waiting for Leeds United to return to the spotlight after a long absence, is the remarkable brilliance of striker Patrick Bamford, who has established himself as one of the Premier League’s most prominent stars this season.

Bamford’s brilliance reached its peak against his team against Aston Villa, by opening the sixth round of the English domestic competition, where he scored three “hat-trick” goals, leading Leeds United to a 3-0 victory, raising his tally to ten points, in third place in the table.

On the personal level, Bamford raised his Premier League tally to six goals in six games, equal to Egyptian Mohamed Salah, the star of Liverpool, in third place in the scorers’ table, with a goal difference behind Everton’s Dominic Calvert Lewin, and Hyung Min Son, the winger of Tottenham Hotspur.

On the last day of July 2018, Bamford moved to Leeds United for seven million pounds, a figure that does not seem huge compared to the deals known by the English clubs, but it was the most expensive deal in Leeds in nearly 17 years before that date.

But six years before that date, Bamford, who was only 19 years old, was moving from the ranks of Nottingham Forest to Chelsea, the champions of the Champions League at that time, and whose officials believed that the rising English striker had the talent that qualified him to wear the blue shirt, and to succeed Ivorian veteran Didier Drogba in Lead the offensive line after a few years.

Chelsea decided directly to loan the young striker, who paid 1.5 million pounds sterling to win his services, in order to gain sufficient experience and participate regularly, so he moved to Milton Keynes Dons in the third division league in the 2012/2013 season, and played the middle of the next season with the same team shirt, before completing the season In Derby County shirt.

The young striker confirmed that he is a rising talent in the world of English football, after he scored 33 goals and scored 16 goals in two seasons, to get a more powerful opportunity in the 2014/2015 season, when he led the Middlesbrough attack in the First Division “Championship”, and continued his remarkable brilliance, as He scored 19 goals and scored seven goals in various competitions.

Middlesbrough’s qualification to the Premier League encouraged the English club to regain its previous goal from the ranks of Chelsea in January 2017, and with the team relegating again, Bamford regained his brilliance in the “Championship” and scored 11 goals for the team, and scored two goals in the League Cup, to attract The eyes of Leeds.

With the Leeds United jersey, Bamford scored ten goals and scored two goals in the 2018/2019 season, despite suffering a severe injury in the cruciate ligament, which kept him out of action for nearly half the season, and contributed strongly to the approach of Leeds’ dream of returning to Premier League, where the team qualified for the final qualifiers, but He lost the semi-finals to Derby County.

Bamford continued his brilliance last season, and he was one of Leeds United’s most prominent stars in a very successful season, which ended in historic Premier League qualification, and Bamford scored 16 goals in “Championship”, ranking them seventh in the scorers’ table.

Bamford has definitely become the most prominent face of Leeds’ strong start this season, after he succeeded in shaking the net of defending champion Liverpool in the opening round, despite his team’s difficulty losing 4 to 3, before leading the team to the first victory over Fulham with the same result, which was achieved thanks to his direct contribution in Three goals, he scored one goal and assisted another, and also caused a penalty kick.

In the third round, Bamford secured a deadly goal against Sheffield United, giving his team a second successive victory, before a “hat-trick” against Aston Villa, which came after a draw with Manchester City and a loss to Wolverhampton.

These were the details of the news Who is Bamford, who broke into the adult struggle in Premier... for this day. We hope that we have succeeded by giving you the full details and information. To follow all our news, you can subscribe to the alerts system or to one of our different systems to provide you with all that is new.