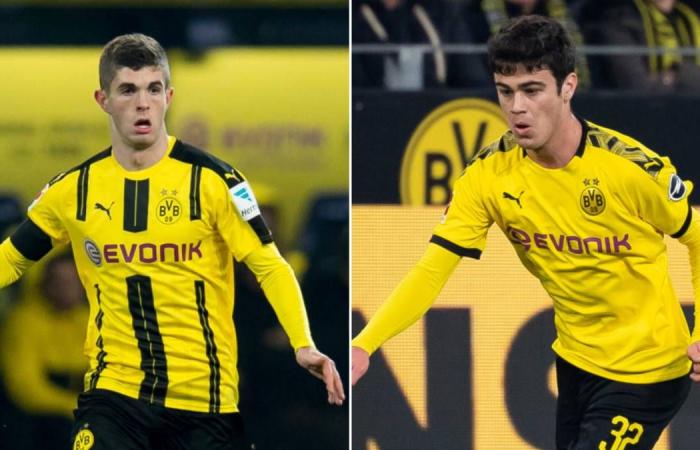 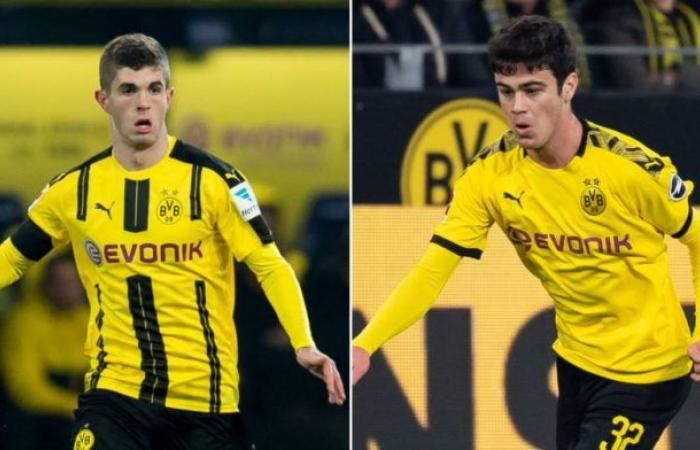 Christian Pulisic and Gio Reyna have been in charge of leaving the Americans in good standing at Borussia Dortmund and in the BundesligaBoth players have managed to win the trust of their coaches and the love of the fans through their enormous quality with the ball at their feet while making a difference in the results.

They both made their debut very young with the german box and their numbers are quite similar. This was revealed by the Bundesliga in an analysis published this Friday, October 23, just before Claudio Reyna’s son makes his twenty-fifth appearance defending the colors of Dortmund against Schalke.

It seems that Reyna broke the records of Pulisic, because in the first instance she was in charge of becoming the youngest player to make his Bundesliga debut After making his first appearance at 17 years and 66 days, this brand was owned by Pulisic, who did so previously at 17 years and 134 days.

Later, Reyna also displaced Christian by becoming the youngest Dortmund footballer to play the UEFA Champions League, in addition to being the youngest American to watch minutes and score in said competition.

For his first appearances with Dortmund, the numbers are quite similar, as Gio managed to add a goal and two assists during his 18 games with the senior team, while Pulisic scored two goalsHowever, the Sunderland-born did it in less time.

Certainly, Pulisic could boast of getting his first touchdown younger than Reyna, this coupled with the fact that in his first 19 games, the Pennsylvania one made four touchdowns while Reyna only adds one, however, Gio achieved something that no youngster has done to his 17 years since the 1992-93 season, being the first player of that age to give three assists in a match, something that Reus achieved in 2016.

“Reyna’s passing is Patrick Mahomes style, with only 13.4% of her attempts to find a teammate, Pulisic was 21.2% more erratic. Reyna also wins more challenges, 50.4% to 46.9% and covers much more ground: 7.8 miles per 90 minutes compared to a fraction of seven for Pulisic, “analyzes the Bundesliga.

For now, Reyna is one of the top 5 assistants so far in the 2020/21 season, so she is shaping up to have an important tournament alongside Dortmund. It is worth mentioning that only Thomas Muller surpasses it, since while the German has 8, the American has 4 goal passes, three in the league and one in the Champions League.

*The article has been translated based on the content of Source link by https://us.as.com/us/2020/10/24/futbol/1603500511_045469.html
. If there is any problem regarding the content, copyright, please leave a report below the article. We will try to process as quickly as possible to protect the rights of the author. Thank you very much!

These were the details of the news The Bundesliga compares Gio Reyna and Christian Pulisic at Dortmund for this day. We hope that we have succeeded by giving you the full details and information. To follow all our news, you can subscribe to the alerts system or to one of our different systems to provide you with all that is new.