Michael Cheika teams up with Argentina Pumas for the rugby championship 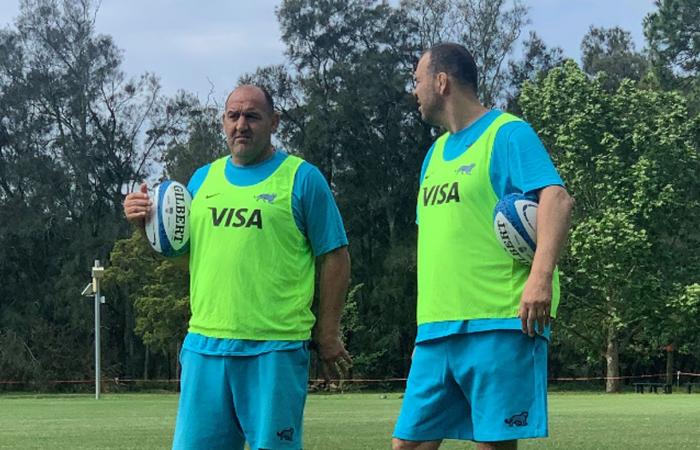 Former Wallabies coach Michael Cheika has teamed up with Argentina ahead of next month’s rugby championship, although he said he would never train against the Wallabies earlier this year.

Cheika will now, at the behest of Puma’s manager and former Wallabies assistant Mario Ledesma, devise a plan to address the weaknesses of his former players after fulfilling his Sydney Roosters commitments.

Ledesma turned to Cheika to be part of the Pumas line-up as the rugby championship takes place exclusively in Australia and photos of both men training have been posted on Argentine social media channels.

“The fact that Michael can now be at the training site and in contact with the players is great,” said Ledesma.

“He is very enthusiastic about the team, he conveys a lot of self-confidence and conviction. He tries very hard to join the group and players can take advantage of him full time. He will prepare individual things with the players so that “will be great for the team”.

Ledesma and Cheika have worked together since Cheika’s Stade Francais days and then with the Waratahs.

The current Pumas trainer followed Cheika to the Wallabies before leaving the Australian team in 2017 to become part of the Argentine line-up.

Speaking to Rugby.com.au earlier this month, the Super Rugby title winner explained why he decided to take the opportunity with the Pumas.

“It’s definitely worth it for me to have a chance, even though I’m not the head coach, to help them and make this possible in Australia,” said Cheika.

“I just think that having fun is the right thing to do. I love the Argentine mentality and they have a great story in the game.

“To have the chance to help them, especially in Australia, my home country, and to make this championship possible, you couldn’t ask for much more. What an opportunity. ”

Arriving in early October, Argentina will face a daunting task against the All Blacks in their first game on November 14 at Bankwest Stadium. South Americans have virtually no game time due to COVID restrictions in the country. They face the Wallabies in Newcastle a week later.

The Pumas have organized three warm-up matches over the next few weeks in preparation for the tournament, which has been reduced to a four-team format due to South Africa’s late decision to withdraw for player wellbeing.

The Pumas will play against the Waratahs in a friendly on the TG Millner field this Saturday. The game is closed to the public.

These were the details of the news Michael Cheika teams up with Argentina Pumas for the rugby championship for this day. We hope that we have succeeded by giving you the full details and information. To follow all our news, you can subscribe to the alerts system or to one of our different systems to provide you with all that is new.