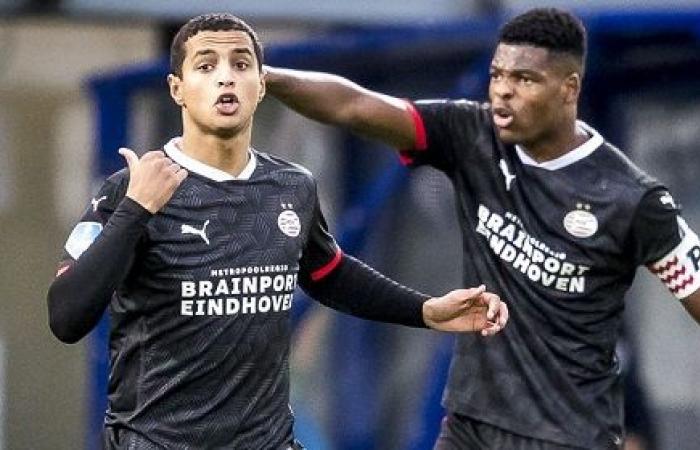 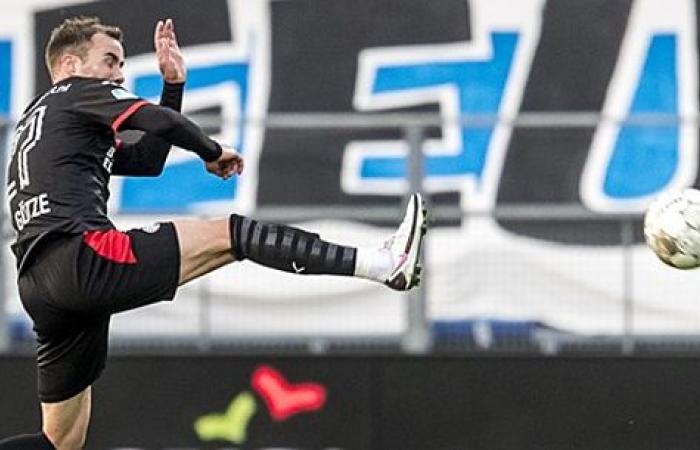 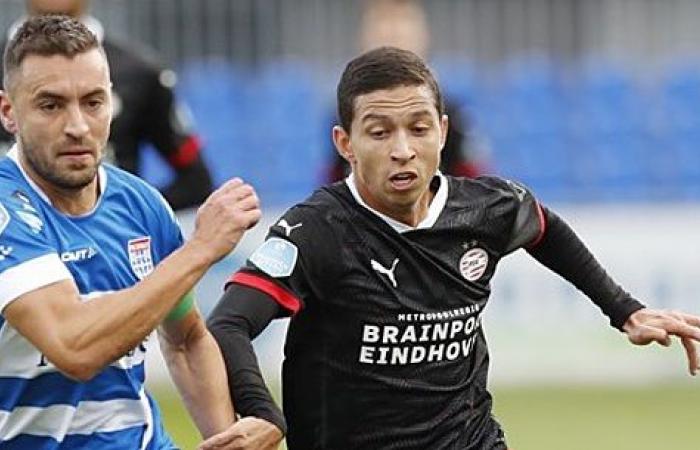 The Mohamed Ihattaren issue at PSV is getting more poignant every week. The attacking midfielder was not much featured at PSV in recent weeks, had to drop out of the Dutch national team injured and got a new competitor with Mario Götze for the attacking positions in the PSV midfield. However, this does not only cause problems; Ihattaren can now finally be top talent.

Mohamed Ihattaren had to do it again in PSV’s match against PEC Zwolle (3-0 win, ed.) With a substitute when the match was already played. The 18-year-old attacking midfielder, who has a hard time playing under the German Roger Schmidt, made a false start under the new trainer by reporting overweight in Eindhoven and also did not show the mentality that belonged to a top club, Schmidt judged. .

In recent weeks, football-loving Netherlands has been amazed at the developments in Eindhoven. Last season’s prodigy now seemed to be the haunted boy from the new PSV class, but you can’t call that entirely his own fault. Schmidt is in a way ruining Ihattaren’s talent by playing in a system without a central attacking midfielder, but with two ‘half numbers ten’.

When Schmidt appealed to the 18-year-old international in the making, Ihattaren was allowed to play from the right in the 1-4-2-4 system. That place, which was also taken by Cody Gakpo and Mauro Junior, was given a new occupant on the last day of the (late) summer transfer market: Mario Götze. The German made his debut in Zwolle with a goal after eight minutes, but that was not his most important contribution.

Schmidt clearly stated at the start of this season what he expected from Ihattaren: he could not teach him anything more about the ball, but without the ball, the 18-year-old midfielder still had to take steps. In that respect, it is a blessing for Ihatarren that he is now in one selection together with Götze. The words and directions of a trainer may not immediately get through to him, the actions of the 28-year-old German speak volumes.

In the hour he played, Götze showed exactly where Ihattaren can take his steps. The 28-year-old attacking midfielder played as the ‘right half-ten’ and was even more in motion without the ball than when he did get the ball. The German was therefore constantly playable between the lines and, if he was not found after a running action without a ball, he managed to create space for his fellow players.

Just like Götze, Ihattaren is a player who likes to have the ball in his feet and continues the game from there, but the short time that Götze was in the field of PSV showed the young Dutchman that there is more to it than just fun actions. make fantastic through passes and score a goal to be successful in a team.

Also with Studio Football, where Ibrahim Afellay joined as a guest, the situation of Ihattaren was discussed. The 34-year-old attacker, with whom Ihattaren often got into the car last season to drive to training sessions, got a “howling football heart” from the situation in which the top talent found themselves at the moment. “He (Ihattaren, ed.) Was always humble when I spoke to him, but he has to work very hard now to make sure he gets back on track,” Ibi said in the broadcast.

The fact that Schmidt looks at work ethic shows PSV’s most striking basic customer this season. Mauro Junior was rented out to Heracles Almelo last season, partly due to the rise of Ihattaren, to gain experience in the Eredivisie and can make more minutes this season than the top talent of PSV. And that while the 21-year-old Brazilian actually seemed to end up in the same situation as Ihattaren: both players are naturally attacking midfielders, but Mauro Junior apparently coped better with that than his 18-year-old teammate.

Schmidt praised the Brazilian in the preparation for his versatility and that he can easily ignore the importance of the team. The fact that Junior has been used as left back, right and left ‘half ten’ and second striker since the appointment of the German trainer, underlines the words of Schmidt once again. Junior doesn’t seem to care: as long as he plays, he’s a satisfied man.

Yet this period does not even have to be bad for Ihattaren. As Schmidt stated at the beginning of the season: “I can’t teach him anything anymore”. Every follower of the Eredivisie knows what a fantastic football player Ihattaren is when he has the ball, but to succeed at the top of football, more is required. Despite the fact that Ihattaren made few minutes in recent weeks, he can therefore focus on the aspects that he has not yet mastered.

His big advantage is that there are enough examples within the selection of PSV that can help him with this. With Götze, Ihattaren has had a formidable competitor, the 28-year-old German also knows the dark side of top football and can give Ihattaren tools to deal with it and will also be able to teach him a few things about moving without a ball, as was evident from his first minutes in the PSV shirt.

But the important thing from this period is the conclusion that Mohamed Ihattaren can just be top talent at the moment. As an 18-year-old player you are allowed to make mistakes, as long as you learn from them: when Ihattaren also lets his feet speak when there is no ball stuck to them, the hymns will be even louder than last year.

*The article has been translated based on the content of Source link by http://www.soccernews.nl/news/753223/ihattaren-kan-eindelijk-toptalent-zijn
. If there is any problem regarding the content, copyright, please leave a report below the article. We will try to process as quickly as possible to protect the rights of the author. Thank you very much!

These were the details of the news Ihattaren can finally be top talent for this day. We hope that we have succeeded by giving you the full details and information. To follow all our news, you can subscribe to the alerts system or to one of our different systems to provide you with all that is new.