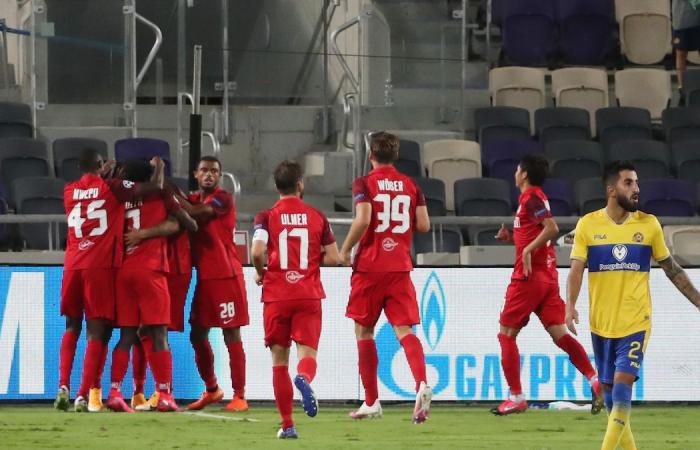 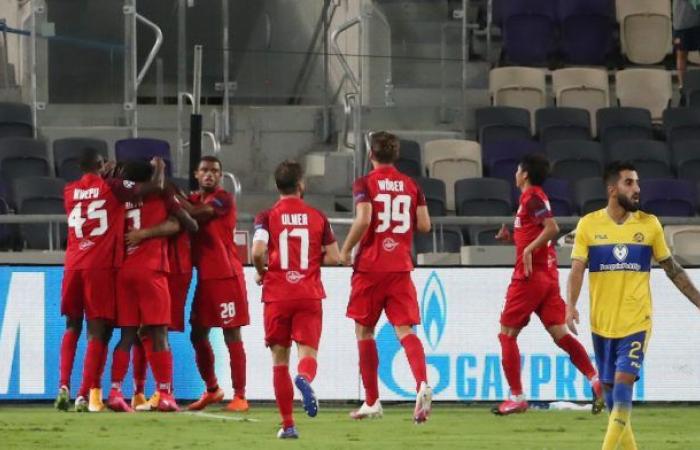 Curtain up for the premier class! Next Wednesday evening, RB Salzburg will start the new Champions League season with a home game against Russian representative Lokomotiv Moscow. In the group with FC Bayern and Atletico Madrid, the Austrians are only the third favorite in the race, but as in the previous season, Salzburg want to impress with attractive football and ideally provide a little surprise. We’ll find out on Wednesday evening from 18:55 whether a good start can be made against Moscow.

We took a closer look at the two teams and in our betting tips we tell you which predictions we would give for this encounter. The bookmaker Sky Bet delivers the right odds today, where new customers can secure the Sky Bet bonus of up to € 200 in free bets.

Lokomotiv Moscow already had a very difficult group with Bayer Leverkusen, Atletico Madrid and Juventus Turin in the last Champions League season. In those six encounters, the main focus was on defending, but since you haven’t conceded a single goal, you didn’t get more than three points in the end. Two of the four goals scored were scored on matchday one in the only win against Leverkusen. In principle, however, you remain loyal to this play system, which is why success usually always depends heavily on your own defensive performance. After a very bumpy start in the league, Mirko Nikolic’s team completely nailed up the goal after the 5th matchday and conceded only one goal in six games since then. 2x 0: 0, 3x 1: 0 and 1x 2: 1 were the results in this period. Got 14 out of 18 possible points and won all of the last four games – the locomotive is back! Even if the happy Salzburg players find a means against Moscow concrete every now and then, we don’t believe in four or more goals in the game.

In the current season, RB Salzburg have not made a mistake in the Tipico Bundesliga and are confidently at the top of the table with twelve points from four games. Last weekend, Jesse Marsch’s team didn’t miss anything in the ÖFB Cup and, befittingly, prevailed with 0: 3 at SKN St. Pölten. Patson Daka & Co. have scored 17 goals in their first four league games, which is an average of 4.25 goals per game. Moscow recently performed well in the Russian league, but the Champions League has rarely seen anything to celebrate in recent years. Since September 2018 no club has suffered more bankruptcies in this competition than Lokomotiv Moscow. 10 out of 12 encounters were lost during this period. This is another reason why we are convinced that RB Salzburg will have a successful start in the premier class on Wednesday evening.

At the beginning of the game, RB Salzburg usually starts like the fire brigade to ensure that things are clear as early as possible. So far they have gone into the break with a lead in every league game. That could be a bit more difficult against Lokomotiv Moscow. In eleven games, the Russians conceded only two goals before half-time – both in a 2: 3 against Akhmat Grozny. In any case, RB is not used to encountering such a defensive bulwark from the league. That is why we think it is very possible that the home side’s opening goal will be a little long in coming and that the first half will be a draw.

The two teams will meet for the very first time on Wednesday evening in the Red Bull Arena.

*The article has been translated based on the content of Source link by https://www.krone.at/sportwetten/tipps/rb-salzburg-lok-moskau-tipp-21-10-2020/
. If there is any problem regarding the content, copyright, please leave a report below the article. We will try to process as quickly as possible to protect the rights of the author. Thank you very much!

These were the details of the news RB Salzburg – Lok Moscow forecast, tip & lineup for this day. We hope that we have succeeded by giving you the full details and information. To follow all our news, you can subscribe to the alerts system or to one of our different systems to provide you with all that is new.