Semi-final of the champions .. Raja and Zamalek 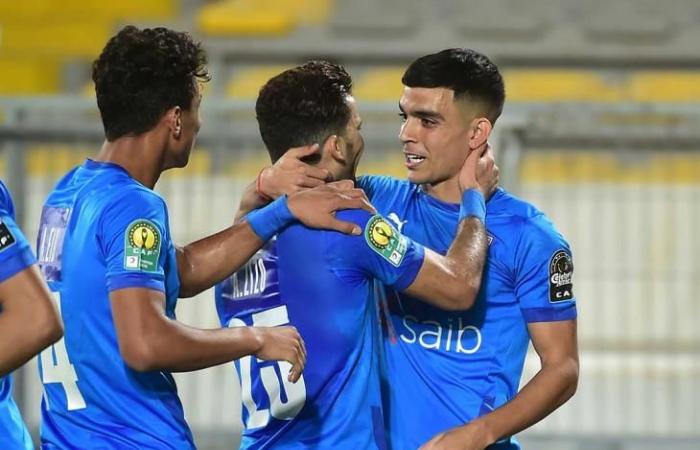 Visitors to Yallakora watched with us the Moroccan Raja Casablanca match against Zamalek in the first leg of the CAF Champions League semi-final match that will be held on Sunday at Mohammed V Stadium.

Zamalek needs to achieve a positive result outside the ground before playing the return leg in Egypt, next October 24.

Zamalek knew its way to the semi-finals by defeating defending champion Esperance of Tunisia in the quarter-finals of the tournament, while Raja qualified at the expense of Congolese Mazembe.

Raja got a fixed ball from a dangerous place near the penalty area, in the 9th minute, and it was executed in a new way, as Mohsen Metwally passed it to Abd al-Ilah al-Hafizi, close to it, to shoot it, but it came easy in the hands of Mohammed Abu Jabal, who is well positioned.

Ashraf Bencharki responded in the 11th minute of the match with a first shot from Zamalek, from inside the penalty area, after Mustafa Mohamed presented him in a wonderful way, but the ball also went in the same place as the goalkeeper.

Sufian Rahimi fell in the penalty area in the 15th minute of the match, after friction with Ahmed Eid, but the Cameroonian Allium Neum refused to count anything and ordered the continuation of the game.

Ashraf Bencharki advanced in favor of Zamalek in the 18th minute of the match, after Ahmed Sayed Zizou excelled on the right side and sent a cross that the Moroccan met with a header after he rose and surpassed everyone to put it into the net.

The hour was half, and Raja did not have any sign of danger on Zamalek’s goal, as the white man was able to perfectly set his lines, and possessed the midfield without rushing to transfer the balls.

The first attack to smell the smell of danger from Rajas side came in the 35th minute of a quick counterattack, which was sent to Ben Malango in the depth of Zamalek’s defense to shoot a ball that came next to the post.

Sufyan Rahimi threatened Abu Jabal’s goal in the 42nd minute with a dangerous header that hit the ground, and Al-Zamalek’s goalkeeper removed it with the tips of the fingers to a corner kick.

These were the details of the news Semi-final of the champions .. Raja and Zamalek for this day. We hope that we have succeeded by giving you the full details and information. To follow all our news, you can subscribe to the alerts system or to one of our different systems to provide you with all that is new.