Your morning European .. Liverpool is asking for an investigation 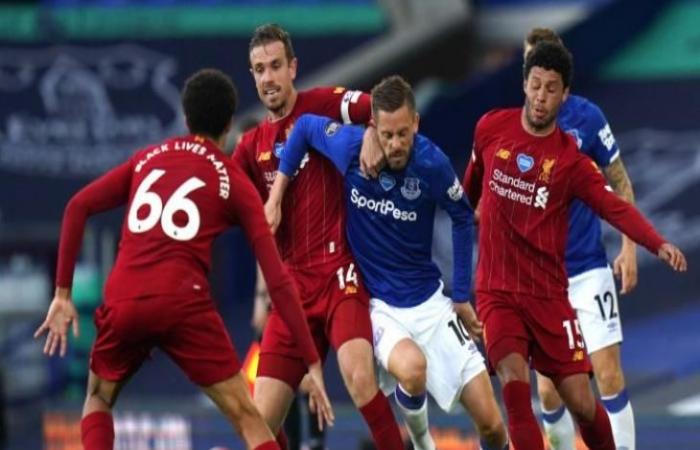 Your European Morning is a daily morning report that monitors the distinguished visitors of Yallakora, the most prominent headlines that came in the top of the major European newspapers, whether German, English, Italian, Spanish or French.

The English Press
The Daily Star
Aguero is being criticized

Manchester City striker Sergio Aguero took the lead after placing his hand on the assistant referee in his team’s match against Arsenal, which included a throw-in against his team, which he thought should be counted in his favor.

Aguero put his hand on the assistant referee after calculating the decision and decided to continue the match after its implementation to receive comments accompanying what he had done during the match.

Virgil Van Dyck, the Liverpool player, suffered an injury that could keep him away from the team for the rest of the season, after he suffered a cruciate ligament injury, whose severity will be determined after undergoing further medical examinations.

Van Dyck was eliminated from the stadium in the first half after an intervention by goalkeeper Jordan Pickford, but no foul against the Everton goalkeeper was counted due to offside in the game.

Liverpool midfielder Jordan Henderson criticized the decision to cancel the team’s goal in the Everton match, saying the lines were set in order to count the game as offside.

“I think the lines are sometimes set in order to count the game offside,” Henderson said. “I’m not sure how they do it. I’ve seen it before. It’s frustrating as we were close to winning.”

Mirror
Liverpool is requesting an investigation

Liverpool asked the English Premier League to investigate two decisions during the Everton match that were counted by the video assistant referee, during the Merseyside derby.

Liverpool officials have officially requested access to video assistant referee review footage of the events of the Everton match when Jordan Henderson’s goal was canceled, in addition to Jordan Pickford’s intervention on Virgil van Dyck.

Cadiz caused a crisis for Real Madrid after its first loss at Di Stefano to claim a historic victory with a goal scored by Lozano.

Cadiz succeeded in snatching the historic victory and maintaining the goal scored by Lozano, during a confrontation that witnessed a large number of defensive mistakes for Real Madrid.

Real Madrid goalkeeper Thibaut Courtois admitted to having crude defensive mistakes in his team during the lost match against Cadiz.

Commenting on the mistakes and losses, Courtois said: “It is not easy to explain what happened, but we have to talk more together on the field.”

Real Madrid coach Zinedine Zidane explained that his team was not that bad during the confrontation with Cadiz, refusing to admonish some players.

Alvaro Cervera, the coach of Cadiz, confirmed that his team was able to sweep Real Madrid and score at least five goals during the first half.

Cervera said: “We were able to sweep Real Madrid by five in the first half, but we scored one. Going back to defense did not occupy my mind much, what we did is part of football.”

The Swedish star Zlatan Ibrahimovic scored a brace that led Milan to victory over Inter Milan (2-1) in the Milan derby in the fourth round of the Italian League.

Ibrahimovic scored the two goals for Milan in the 12th and 16th minutes, then Inter Milan responded with a single goal scored by the Belgian Romelu Lukaku in the 29th minute of the match.

The Italian club Cagliari announced that a player from a member of the team’s group had been infected with the Corona virus, after the last swab that the team underwent.

Cagliari said in an official statement that he is not a footballer nor a member of the technical or medical staff, adding that this individual did not show symptoms and was placed in quarantine.

Leipzig announced that its player, Amadou Haidara, was infected with the new Corona virus (Covid 10), to be absent for the coming period.

The first match that the Leipzig player missed was against Augsburg, which was held on Saturday in the fourth week of matches.

The 17-year-old is considered the hope of the United States national team, as he was among Real Madrid’s future goals.

The new Corona virus attack reached the technical leadership of the French women’s team, after the official disclosure of the positive analysis of Corinne Diacre, the coach of the national team.

This injury means that Diacre will be absent from the next gathering of the French women’s team, which is expected to start tomorrow, Monday, to enter compulsory health isolation.

Brazilian Marquinhos, captain of Paris Saint-Germain, trained alone on Saturday, in attempts to catch up with Manchester United, next Tuesday, in the Champions League.

The same applies to German Julian Draxler, and the players ’hopes appear strong to catch up with the confrontation, which marks the start of the team’s career in the continental competition.

These were the details of the news Your morning European .. Liverpool is asking for an investigation for this day. We hope that we have succeeded by giving you the full details and information. To follow all our news, you can subscribe to the alerts system or to one of our different systems to provide you with all that is new.