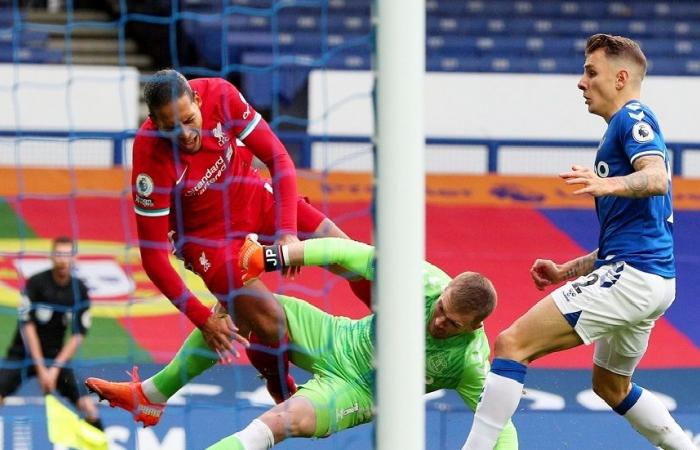 The nature of the injury suffered by Liverpool defender, Dutch, Virgil Van Dyck, during his participation in the Everton match yesterday, Saturday, in the fifth stage of the Premier League, is known.

According to the Qatar Sports Network, “BN Sports”, the x-rays performed by Van Dyck showed that he had cut the cruciate ligament.

The network stated that this injury will keep the Dutch international defender out of action for a period of between eight and nine months, which practically means the end of his current season.

Liverpool has not issued any statement yet regarding the injury of its Dutch player.

Van Dyck had suffered a severe injury at the start of the match, in which his team tied with Everton with two goals to the same, after he joined forces with the opposition goalkeeper, Jordan Pickford.

Van Dyck was unable to finish the match after that, to pay the German coach of Liverpool, Jurgen Klopp, Gomez instead in the 11th minute.

Van Dyck’s absence will be a heavy blow to Liverpool, given the player’s value and role in the team.

These were the details of the news Reveal the nature of Van Dyck’s injury and the duration of... for this day. We hope that we have succeeded by giving you the full details and information. To follow all our news, you can subscribe to the alerts system or to one of our different systems to provide you with all that is new.