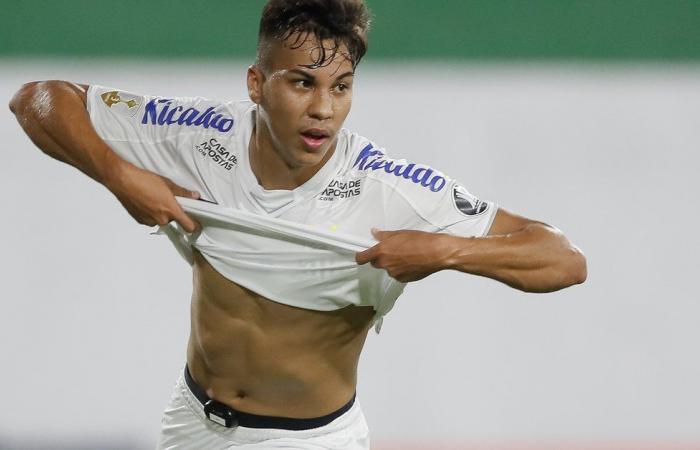 Sao Paulo, Oct 17 (EFE) .- Santos won this Saturday 1-2 against Coritiba, in a match played at home for the seventeenth day of the Brazilian Championship, after a week marked by the controversial signing -and his later cancellation- of the forward Robinho as reinforcement of the “Peixe”.
With two goals scored in the first half, by striker Kaio Jorge and Venezuelan winger Yeferson Soteldo, Santos added three points, reached 27 and temporarily advanced to fifth place.
Coritiba, meanwhile, remained at the bottom of the table and occupies, provisionally, the third to last box, with 16 points.
Despite the good performance on the court, Santos’ victory was overshadowed by the controversy that gained strength in the week after the announcement a few days ago of the signing of striker Robinho, who was suspended this Friday amid the pressure arising from the conviction for sexual violence that the player received in Italy.
Already in the iconic Maracana in Rio de Janeiro, the lively encounter between Fluminense and Ceará ended in a draw, with two goals for each side and scores until the final minutes.
With the result, Fluminense reached 26 points and provisionally occupies the sixth box, while Ceará appears in the middle of the table, with 19 units.
The Atlético Goianiense duel at home against Athletico Paranaense also ended in a draw.
The 1-1 draw, with scores by Zé Roberto for the hosts and Léo Cittafini for the visitors, also saw Atlético Goianiense midfielder Willian Maranhao sent off due to a tough foul committed still in the first half.
Thus, the Goianiense is temporarily the eighth classified, with 22 integers, while the Paranaense entered, for now, the relegation zone of the tournament.
This Saturday night will also feature the commitment between Sao Paulo and the Gremio, but the decisive matches of the day -of the leaders Atlético Mineiro, Flamengo and Internacional, all with 31 points- will be held between tomorrow and next Monday.
Flamengo, under the command of Spaniard Domènec Torrent, will face Corinthians this Sunday in Sao Paulo, while Argentina’s Eduardo Coudet’s Internacional will continue in the fight for the lead in a match with Vasco da Gama at home, also on Sunday .
For its part, Atlético Mineiro, commanded by the Argentine Jorge Sampaoli and current first classified, will be the last to enter the scene, as he will play at the Bahia home on Monday, when the match between Botafogo and Goias will also take place. in Rio de Janeiro, which will conclude the day.

*The article has been translated based on the content of Source link by https://www.infobae.com/america/agencias/2020/10/18/el-santos-vence-a-domicilio-y-se-acerca-a-los-lideres-en-brasil/
. If there is any problem regarding the content, copyright, please leave a report below the article. We will try to process as quickly as possible to protect the rights of the author. Thank you very much!

These were the details of the news Santos win away and get closer to the leaders in Brazil for this day. We hope that we have succeeded by giving you the full details and information. To follow all our news, you can subscribe to the alerts system or to one of our different systems to provide you with all that is new.