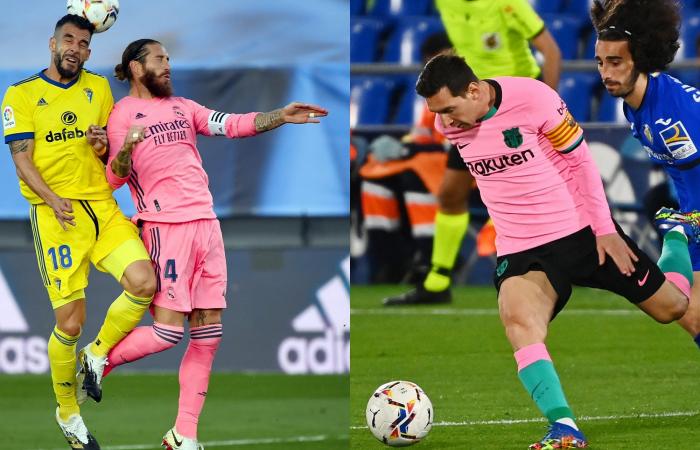 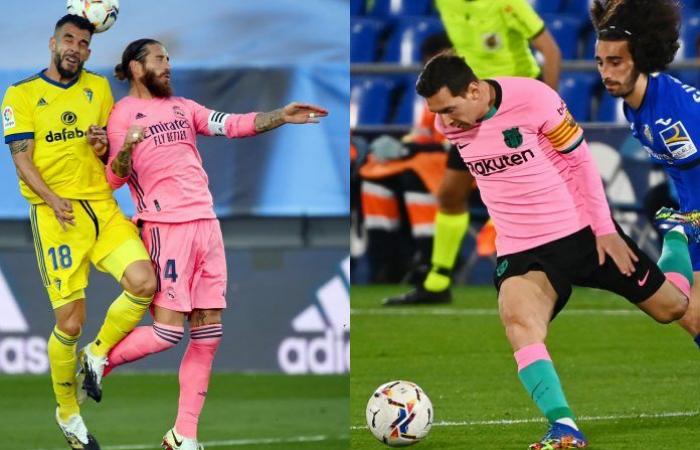 So much Real Madrid like Barcelona They went out to play this Saturday with a atypical t-shirt. Both teams, in supporting the fight for breast cancer, chose to wear their alternative clothing for the sixth date with the pink colour. A new model, designed to add to the cause. But neither Real Madrid as a local, nor Barcelona as a visitor, managed to celebrate.

That color of the shirt for Barcelona it means his third sports outfit. He had already played with that tonality in September when he played a friendly match against Girona (it was a 3-1 win). In addition, they had achieved a 3-0 victory against Celta de Vigo. But this time it couldn’t be. The color pink, which good results had left the set of Ronald Koeman, in this case led to defeat.

Real Madrid Nor did he find victory a few hours earlier against a newly promoted rival. The meringue set I had already had meetings wearing the pink shirt: in 2014 it was his first time. Although he was able to direct a string of victories, the balance of that season with the pink shirt was bad: the dismissal of Ancelotti and the figure of Florentino Pérez in doubt by the fans. Added to that that season Barcelona celebrated the three titles: Champions League, League and Cup.

This new date of the Spanish League it had a different flavor. Although the contest has just started, and there was a break for the games played by those selected on the FIFA date, both teams had enough time to prepare. Today’s defeats yielded a curious fact: they lost their matches and without scoring a goal on the same day, something that had not happened for 20 years and 164 days.

According to data from the MisterChip statistician, May 6, 2000 was the last time that Real Madrid and Barcelona fell without scoring. On that occasion, the Madrilenians lost against Alavés by 1-o. While the Catalans succumbed 2-0 against Rayo Vallecano. For this reason, the defeats of this Saturday October 17 against Cádiz and Getafe will go down in history. And next Saturday they will meet again: The Spanish football classic will be played at the Camp Nou, from 11am (Argentina time).

Real Madrid is, however, one of the leaders of the Spanish League with 10 points, the product of three victories, a draw and a defeat (the recent one, against Cádiz). Meanwhile, Barcelona is ninth, with seven points, after two wins, a loss and a draw, but they have their games pending on the first two dates.

*The article has been translated based on the content of Source link by https://www.lanacion.com.ar/deportes/futbol/camisetas-rosas-nid2482431
. If there is any problem regarding the content, copyright, please leave a report below the article. We will try to process as quickly as possible to protect the rights of the author. Thank you very much!

These were the details of the news Real Madrid and Barcelona played with pink shirts in the Spanish... for this day. We hope that we have succeeded by giving you the full details and information. To follow all our news, you can subscribe to the alerts system or to one of our different systems to provide you with all that is new.