The absence of Mahmoud Alaa from the Zamalek and Moroccan Raja... 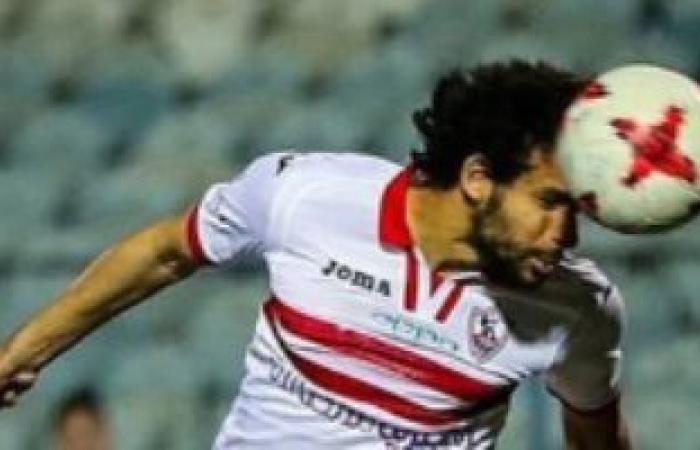 The absence of Mahmoud Alaa, defender of the first football team at Zamalek Club, for his team’s match tomorrow against Morocco’s Raja in the African Champions League first-leg matches, was confirmed due to the injury he suffered in the Guards al-Hodood match in the league. Mahmoud Alaa complained about the presence of the mother in the foot, making his participation in tomorrow’s match difficult.

On the other hand, Zamalek midfielder Ferjani Sassi was keen to send a message of support to his colleagues before the Raja Casablanca match scheduled for tomorrow, Sunday, in the African Champions League semi-finals, and Sassi wrote through his Twitter account: All support and success to my fellow men, God knows how much I fought So that I will be with you in a match, but praise be to God in any case..

Tunisian Ferjani Sassi exited from the accounts of the technical apparatus of the white team hours before the upcoming meeting between Zamalek and Moroccan Raja Casablanca in the first leg of the African Champions League semi-finals scheduled to be held at 9 p.m. tomorrow, Sunday, at the Mohammed V stadium after confirming that he was infected with the Corona virus and was isolated in one of the hotel rooms in which he resides the team.

These were the details of the news The absence of Mahmoud Alaa from the Zamalek and Moroccan Raja... for this day. We hope that we have succeeded by giving you the full details and information. To follow all our news, you can subscribe to the alerts system or to one of our different systems to provide you with all that is new.