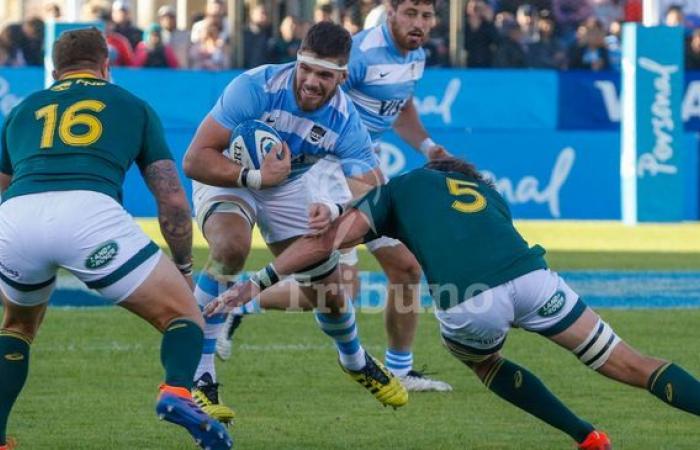 October 16, 2020 – 20:12
The Springboks decided not to participate in the contest to be held in Australia due to complications from the coronavirus. Argentina will debut on November 14 against the All Blacks.

The Sanzaar made it official that South Africa will not play the 2020 Rugby Championship, so Los Pumas de Argentina will face Australia and New Zealand, starting on November 14.
Among the main factors behind the decline in South African Springbooks are the travel restrictions of the South African government, the well-being of the players and concerns about safety.
“In turn, the continuing effect of the COVID-19 pandemic on players who are active in South Africa and also in clubs in the United Kingdom and Europe, also influenced,” the UAR published in a statement.
Therefore, Los Pumas will only play four games in a fixture that now presents a debut against the All Blacks, on Saturday, November 14, at Bankwest Stadium, Sydney.
Then, seven days later, the team led by Mario Ledesma, who has been in Australia for more than two weeks, will face the locals in the city of Newcastle, and on Saturday 28 November they will do the same again against the All Blacks , also in the same location, but at the “McDonald Jones Stadium”.
The national team will culminate their stay in the tournament when they face the Wallabies in Sydney on Saturday, December 5.
Marcelo Rodríguez, president of the Argentine Rugby Union, said: “We regret the loss of South Africa in a competition that we had fought a lot so that it can be played between the four countries. Numerous meetings, different points of view, with the dynamism and uncertainty that the COVID context brought with it but with the certainty of always wanting to play it, understanding the health measures imposed by the authorities of New Zealand and Australia, countries that appeared as candidates to host the competition. In the case of the UAR, enormous efforts were made to be able to participate in this tournament.

The schedules have yet to be ratified by the organization.

*The article has been translated based on the content of Source link by https://www.eltribuno.com/salta/nota/2020-10-16-20-9-0-sudafrica-le-bajo-el-pulgar-al-rugby-championship-2020
. If there is any problem regarding the content, copyright, please leave a report below the article. We will try to process as quickly as possible to protect the rights of the author. Thank you very much!

These were the details of the news South Africa thumbs down the 2020 Rugby Championship for this day. We hope that we have succeeded by giving you the full details and information. To follow all our news, you can subscribe to the alerts system or to one of our different systems to provide you with all that is new.