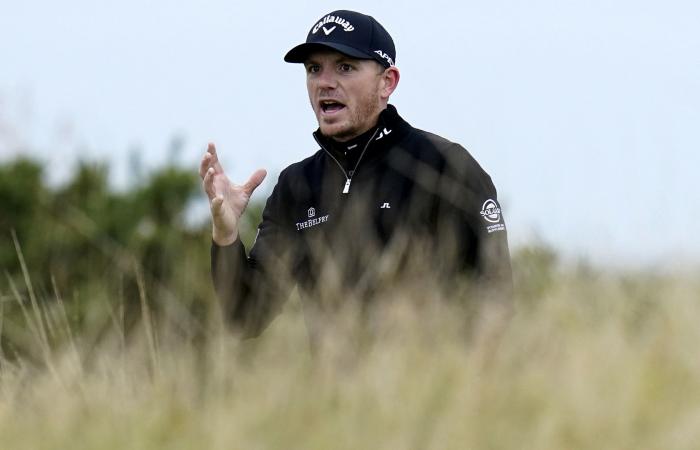 ST ANDREWS, Scotland – Matt Wallace carded a 5-under-67 at Fairmont St Andrews to take Adrian Otaegui for the lead in the Scottish Championship on Friday.

Wallace took advantage of the favorable morning conditions by making six birdies and a single bogey to get 12 under par.

He went into the clubhouse with a two-shot lead but Otaegui, the overnight front runner, struggled hard on his afternoon round and improved his fortune to his back nine. There the Spaniard made four birdies and a bogey to pursue his opening round of 62 with a 70.

Aaron Rai, the winner of the Scottish Open two weeks ago, made two eagles in his first six holes and was one shot back.

The French Adrien Saddier was fourth with 10 under, after a final bird on the 18th gave him a pair of 67s.

Ryder Cup captain Padraig Harrington carded a 69 to put him at 9 under a three-way tie for fifth.

Lee Westwood carded a 70 and was in a group of players five shots away from the lead.

These were the details of the news Matt Wallace leads Adrian Otaegui in the Scottish Championship for this day. We hope that we have succeeded by giving you the full details and information. To follow all our news, you can subscribe to the alerts system or to one of our different systems to provide you with all that is new.