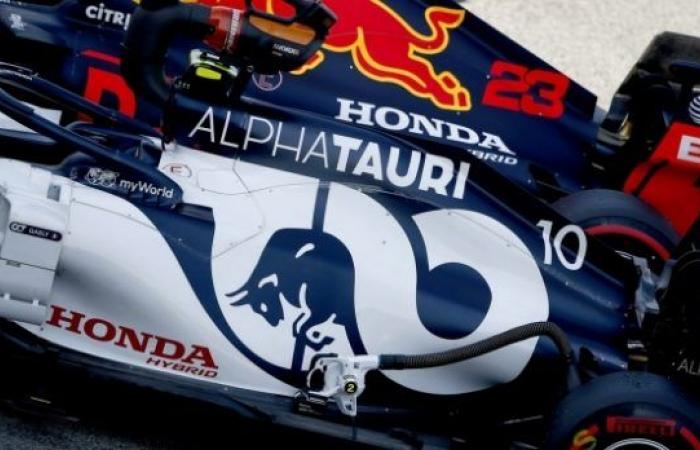 19:03 – Helmut Marko states that three of the four seats at Red Bull Racing and AlphaTauri behind the scenes have already been filled for the Formula 1 season 2021. The main question remains who will be allowed to sit next to Max Verstappen next year. Alexander Albon still has the best credentials for this, although Marko emphasizes that the gap with Verstappen must steadily narrow.

In the final months of 2020, Red Bull has to make important decisions on two fronts. Starting with the engine for the 2022 Formula 1 season and beyond. Honda will no longer be there by that time, although Marko has already indicated that Red Bull would like to take over the Japanese motorcycles to take over in Milton Keynes. However, this requires a full development stop, which behind the scenes still requires a lot of work with the FIA ​​and all other teams.

At the same time, Red Bull is working hard on the line-up for 2021, although Marko already has the picture in mind. “Three of the four positions have actually already been filled. We want to make a decision on that fourth place no later than during the race weekend in Istanbul in mid-November”, Marko said in conversation with Sport1. The Austrian refuses to mention names at this stage, but does give the impression that the vacant seat concerns Alexander Albon’s place. Nico Hülkenberg is also discussed for the remaining seat, although Marko emphasizes that Albon still has the best papers. “What does the choice depend on? Well, in the first instance on Albon’s performance. As long as he stays on the right side, there is no cockpit available with us.”

Tsunoda still needs super license for AlphaTauri seat
If the place still to be filled in is actually that of Albon, Marko’s words indicate that the occupation of AlphaTauri has already been completed. Will Yuki Tsonda make his debut? The departure of Honda can be seen as disadvantageous for the Japanese, but that is not necessarily the case. For example, Red Bull still desperately needs Honda for the intended, motor solution and Masashi Yamamoto has already indicated that Honda will continue to support Tsunoda financially. “At Tsunoda we still have the super license. He doesn’t have one yet. He is currently third in F2, that would be enough. Even fifth place would be enough, although it is still quite close together. So with a technical breakdown or a collision, he can still fall behind. We are all working out those things now and then we will announce the final decisions. “

With the cooperation of Christian Nimmervoll

*The article has been translated based on the content of Source link by https://m.gpupdate.net/nl/f1-nieuws/381686/marko-drie-van-de-vier-red-bull-zitjes-al-ingevuld-voor-2021/
. If there is any problem regarding the content, copyright, please leave a report below the article. We will try to process as quickly as possible to protect the rights of the author. Thank you very much!

These were the details of the news “Three of the four Red Bull seats already filled in for... for this day. We hope that we have succeeded by giving you the full details and information. To follow all our news, you can subscribe to the alerts system or to one of our different systems to provide you with all that is new.