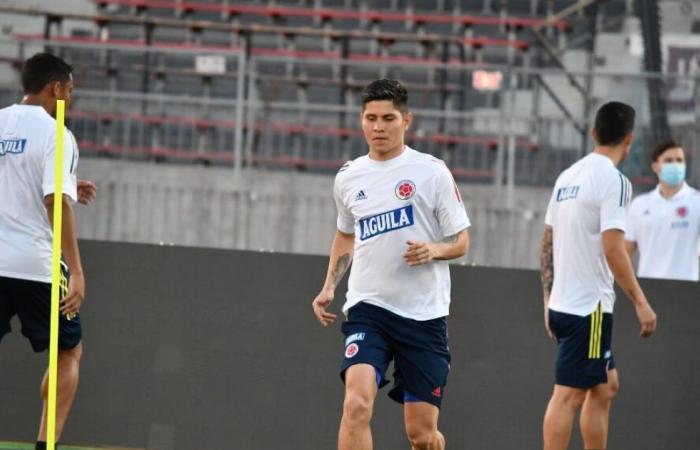 The Colombian National Team brought a valuable draw from Santiago de Chile after equaling 2-2 against the ‘Austral’ team, thanks to a goal in the 90th minute from ‘Tigre’ Falcao García.

But there was a member of the team led by the Portuguese Carlos Queiroz who brought more than a point from Chilean lands.

This is Jorman Campuzano, who fulfilled a dream that he had longed for for a long time and in which he had the help of his partner James Rodríguez.

The players of the Colombian National Team, in search of more minutes: this is how they will play this weekend


Campuzano received the shirt of Arturo Vidal, his “reference” on the court, after the English Everton player exchanged it with the Chilean at the end of the game.

“Thanks to James for achieving a dream of having the shirt of my reference, ‘El Rey’ Arturo Vidal“wrote the Colombian on Instagram.

Vidal’s response was immediate and by the same means he answered the Boca Juniors player, from Argentina. “Cheers bro“, wrote.

Two days full of classics: the best matches of this weekend in Europe


Jorman Campuzano is already focused on the next commitments he will have with his team and awaits the call for the Colombia games against Uruguay and Ecuador, in November.

*The article has been translated based on the content of Source link by https://gol.caracoltv.com/eliminatorias/jorman-campuzano-cumplio-un-sueno-gracias-a-james-rodriguez-recibio-la-camiseta-de-arturo-vidal
. If there is any problem regarding the content, copyright, please leave a report below the article. We will try to process as quickly as possible to protect the rights of the author. Thank you very much!

These were the details of the news received the shirt of Arturo Vidal for this day. We hope that we have succeeded by giving you the full details and information. To follow all our news, you can subscribe to the alerts system or to one of our different systems to provide you with all that is new.