Arsenal have to keep Ozil motivated despite ax – Arteta 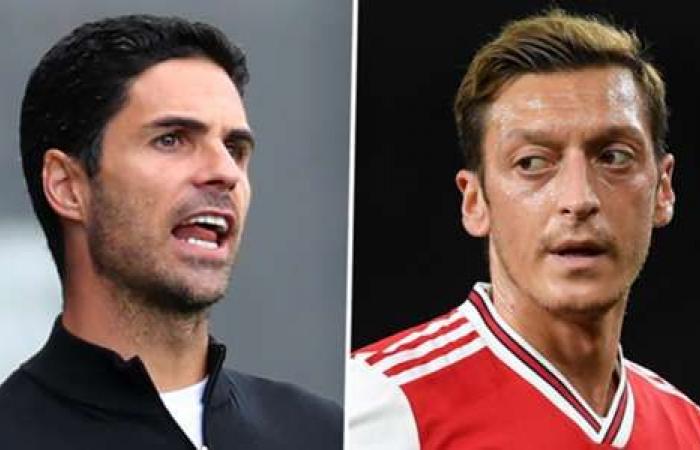 According to Mikel Arteta, Arsenal must find a way to motivate Mesut Ozil despite being removed from the club’s Europa League roster.

Ozil and Sokratis will also be banned from Arteta’s 25-man Premier League squad, which must be filed on October 20, which means he has at least three months ahead of him without being able to play a competitive game.

And Arteta – who told the two men face to face about his decision – says he and his coaching staff need to make sure that Ozil and Sokratis stay tuned so that they still play an important role behind the scenes.

“Then it’s up to us to find ways to motivate these players,” said the Spaniard. “I don’t think age is a big problem.

“When you are young and you have to accept such a decision, it is really difficult because you want to see your future build and develop, and there is a big stone in your path.

“But it’s about how you react to disappointment every time, trying to look at the big picture and make the right decisions.”

Arteta added, “I wanted to tell them face to face before I released the roster.

“I explained the reason for this and it was really difficult for me to tell them that, but this is the limitation and the rules and they have to respect that decision and try to train the best possible way to help the team do that you can at this moment and see what happens in december. ”

Ozil’s omission from Arsenal’s Europa League hit a lot of headlines and several pundits and observers have the floor in the decision.


Former Arsenal boss Arsene Wenger said Arsenal need to find a way to bring the German back on board, and also stated his belief that playmakers like Ozil will be kicked out of football due to the way the game has developed in recent years.

When asked if he would agree with this assessment, Arteta wasn’t so sure.

“I don’t know,” he said. “Of course you have to proceed very individually and is it a player who is technically very high, but nothing else or a very complete player who brings a lot of things to the team? I dont know.

“We play with a lot of attacking players on our team. We also have a lot of talented players. But you have to find a way to integrate it, and you have to create cohesion within the team for the team to function as best as possible.

“This is our job and what we’re trying to do. With all players we have to manage and coach them and try to fit them into our systems or our system to suit the players. We have to try to find the best possible service. ”

Arteta added, “Mesut has shown over the years that he has a lot more to offer [just technique].

“I don’t like to just talk individually, but when you have a career like him you have to have a lot more things to do that.

“If you were German Player of the Year, if you won the World Cup, big tournaments, you won a lot of big trophies with big teams, it’s much more than just quality.”

These were the details of the news Arsenal have to keep Ozil motivated despite ax – Arteta for this day. We hope that we have succeeded by giving you the full details and information. To follow all our news, you can subscribe to the alerts system or to one of our different systems to provide you with all that is new.