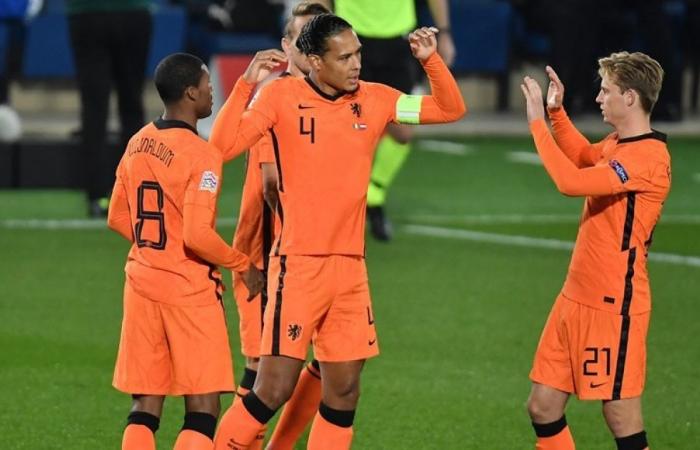 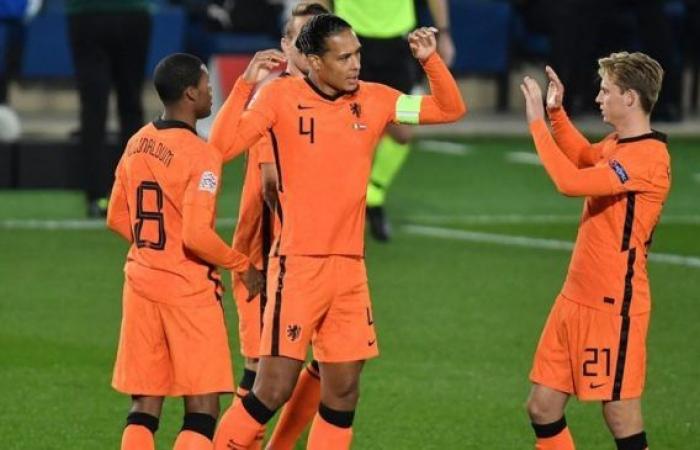 Frenkie de Jong receives the highest score from Marciano Vink after the Nations League draw of Orange against Italy (1-1). The former international is also full of praise for Jasper Cillessen and national coach Frank de Boer to De Telegraaf.

Vink rewards De Jong with an 8.5 for his performance in Bergamo. “By far the man of the match,” said the two-time international. “There is only one real boss on the field, who sets the pace, with his beautiful acceleration and the temporization of the game. He regularly indicated in word and gesture where the defenders could come in. When he plays football like this, it is a real pleasure. to look at him. “

Cillessen receives an 8 from Vink. “Jasper made beautiful and very important saves against the Italians. Stop the discussion about his position and not playing at his club! He proves time and again that he and no one else in the Dutch national team belongs under the bar.”

There are also words of praise for De Boer. The national coach chose his own path with an unexpected 5-3-2 system, despite the ‘enormous pressure’. “It was great for Frank that he and his Dutch national team, because this team was his choice, under such enormous pressure from the press and public opinion that he performed against a major football country like Italy.”

“Everyone had an opinion about which system, which players to choose and especially which players not. He nevertheless chose a system in which the players felt happy and could also get into the duels. I enjoyed this Orange and therefore also. from Frank… Top! ”, concludes Vink.

The lessons from the first De Boer block: one suspension is not the other

*The article has been translated based on the content of Source link by https://www.voetbalprimeur.nl/nieuws/949318/oranje-lof-voor-frenkie-de-jong-veruit-de-beste-man-er-is-maar-n-echte-baas-.html
. If there is any problem regarding the content, copyright, please leave a report below the article. We will try to process as quickly as possible to protect the rights of the author. Thank you very much!

These were the details of the news High marks for De Jong, Cillessen and De Boer: ‘Only one... for this day. We hope that we have succeeded by giving you the full details and information. To follow all our news, you can subscribe to the alerts system or to one of our different systems to provide you with all that is new.