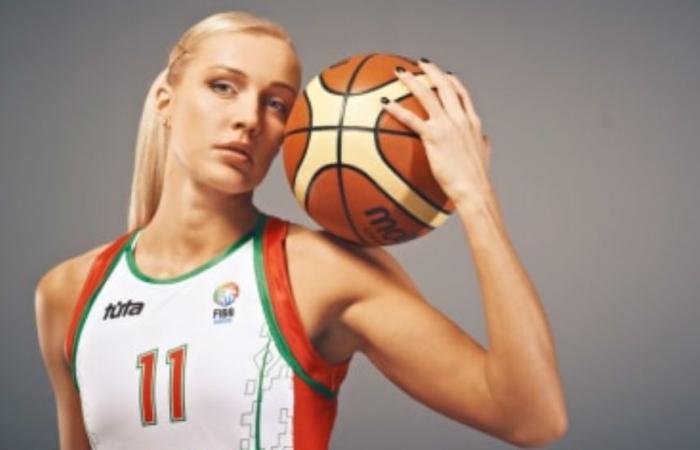 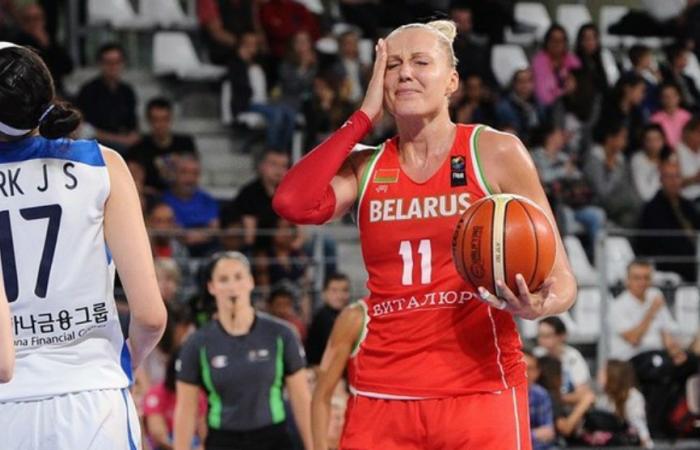 Lto Belarusian Yelena Levchenko, named best pvot in the 2010 World Cup and finalist in the WNBA that same year, was released this Thursday after serving fifteen days of administrative arrest for confronting the last dictator in Europe, Alexandr Lukashenko.

“They have endangered my health. They seized my mattress and sheets. There is no hot water. I have not been allowed to shower for 13 days. They have blocked the toilet chain. I have lived in a nest of bacteria.They didn’t take me out for a walk for five days. I have lice. All this hurts my health“, He said.

Levchenko, the athlete most critical of the Belarusian regime, made these complaints in the trial held this Thursday in Minsk, in which they imposed a fine for participating in a second opposition demonstration.

“They were the wrong scapegoat. Yelena has lived so long, she has had to overcome so many things to win, that it will not be possible to bend her. She is faithful to her principles and, first of all, herself, “Natalia Marchenko, another well-known basketball player, commented to Efe.

Levchenko was sentenced on September 30 to 15 days of administrative detention in the Okrstina detention center, tragically notorious for the abuse and torture of protesters.

The crime of Levchenko, who was arrested at the airport when she was about to fly to Paris for her rehabilitation, was to participate in two peaceful marches in Minsk, on August 23 and September 27.

However, his real sin was to criticize the regime for manipulating the results of the presidential elections of August 9 and violently repress the mass demonstrations of the last two months.

It was also shown very critical of the decree issued by the Belarusian Minister of Sports, Sergei Kovalchuk, that forces athletes by contract to learn the national anthem and not make statements to the press without authorization from their clubs or federations.

The document also oblige athletes to use or wave only the flag and national symbols (red and green), in clear opposition to the red-and-white ensign, which has become one of the symbols of the protests.

The basketball player denounced the “psychological pressure” on athletes and considered that said decree is a violation of human rights.

“According to article 33 of the Constitution, each person has freedom of opinion, conviction and expression. No one can be forced to express their opinions or renounce them. In other words, it happens that the Constitution is violated. How is it possible? “He commented.

Levchenko warned that his country is becoming more and more like North Korea. “In the 21st century, it is not possible to adopt these methods in central Europe, “he said.

It was also one of the 830 athletes who signed the petition to end police violence, punish those responsible for the repression, release the detainees and political prisoners, and call a new presidential election.

In the now traditional Sunday marches, the athletes advance in their own columns with the slogan “The athletes with the people”.

Levchenko, 37, has been endorsed by several of his colleagues, although basketball players like Yegor Mescherikov regret that in Belarus many are afraid to express their opinions publicly. “Behind closed doors support us 90%, but only a few do it publicly“, He said.

And there are many Belarusian elite athletes who are, at the same time, members of the KGB, the Army or the Ministry of the Interior.

This week it was also learned that the swimmer Alexandra Guerasimenia, a three-time Olympic medalist, went into exile in Vilnius, where she has assumed the management of the Sports Solidarity Fund.

That fund, founded in August 2020, provides financial, logistical and psychological assistance to athletes who are persecuted by the regime.

So far, it has helped about twenty athletes and maintains a regular dialogue with the International Olympic Committee (IOC).

Precisely after the fund addressed the IOC for the violation of the rights of athletes, its president, Thomas Bach, advanced to investigate whether Minsk discriminates against athletes “because of their political opinions” and contacted the Belarusian Olympic Committee to inquire about Levchenko.

Also, he sent a letter to Lukashenko “asking you to confirm that Belarusian athletes will be able to continue preparing for the Olympic Games, whatever opinions they may have expressed during these difficult times. ”

“The claim that the protest is deflating is not true. The people have no intention of surrendering“Yekaterina Sntina, captain of the basketball team, predicted Efe.

*The article has been translated based on the content of Source link by https://www.marca.com/baloncesto/2020/10/15/5f888e2046163f10868b4675.html
. If there is any problem regarding the content, copyright, please leave a report below the article. We will try to process as quickly as possible to protect the rights of the author. Thank you very much!

These were the details of the news Player Yelena Levchenko Released: “I have lived in a nest of... for this day. We hope that we have succeeded by giving you the full details and information. To follow all our news, you can subscribe to the alerts system or to one of our different systems to provide you with all that is new.