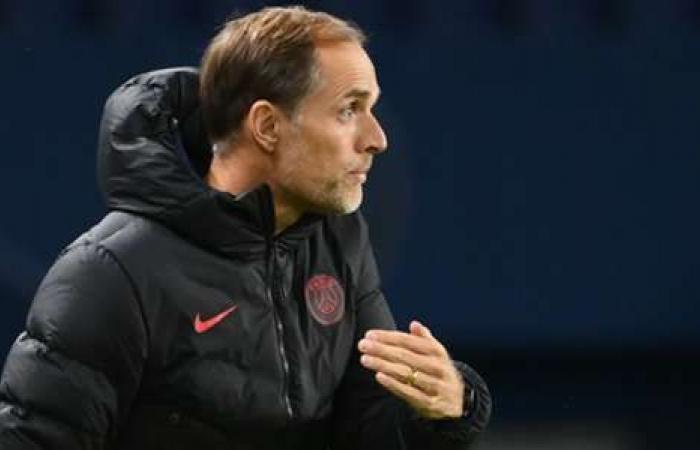 Thomas Tuchel lamented Paris Saint-Germain’s injury crisis before taking on Manchester United in the Champions League. He claims he may only have 11 players available for the competition.

PSG were dragged alongside United, RB Leipzig and Istanbul Basaksehir in the group stage of this year’s competition after making it to the final the last time.

The men from Tuchel were beaten 1-0 by Bayern Munich in the showcase project, but are expected to be strong candidates for the cup again after they have finally proven themselves on the continental stage.

The French champions will open their final Champions League season on Tuesday with a home game against United. There he wants to get revenge for an impressive knockout round loss against the giants of the Premier League in 2018-19.

PSG will prepare for this duel this weekend with a trip to Nimes in Ligue 1. After the international break, Tuchel will welcome some important members of his squad back to the team.

However, the German head coach has now voiced fears that he won’t be able to field a strong team in Europe as Neymar and Kylian Mbappe recover from their performances with Brazil and France, while Marqinhos, Julian Draxler and Colin Dagba have emerged as major doubts.

Tuchel also confirmed the absence of Thilo Kehrer, Juan Bernat and Mauro Icardi and stated at a press conference on Thursday: “We have to take responsibility for Neymar and Kylian, who played almost 90 minutes yesterday, and the South Americans, who traveled a lot.

“We’re a little unlucky. Draxler and Marquinhos are also doubtful for Manchester. Colin Dagba had a positive result [coronavirus test] with the U21s. In the event of a negative test, he can return to the group.

“Kehrer has been injured for a few weeks. Bernat and Icardi were injured a week ago, Icardi. It’s the inner tie in the knee, it’s not too serious, but he’ll miss Nimes and Manchester. ”

The PSG head coach announced that Danilo Pereira and Marco Verratti could also be on the sidelines. The former are likely to self-isolate after coming into contact with Cristiano Ronaldo before his positive Covid-19 test in the Portuguese camp. and the latter was injured after starring for Italy.

“Today we have Danilo back, but he made contact with Cristiano Ronaldo, so the medical staff wish he wouldn’t train with the group,” said Tuchel. “Verratti was injured with Italy and is now in contact with our doctor.

“We miss too many players. The challenge now is to find a starting XI that can win [against Nimes]because that’s the best preparation for Manchester. ”

One man who could face Nimes and United is Moise Kean, who joined PSG on loan from Everton on the deadline.

When asked if the 20-year-old will make his debut at the Costieres Stadium on Saturday, Tuchel replied: “Yes, it is possible, but I haven’t seen the guy yet. He’s coming in and we’ll try. ”At least one practice session with him and maybe he’ll play tomorrow. ”

These were the details of the news “Maybe we only have 11 players” – Tuchel laments the PSG... for this day. We hope that we have succeeded by giving you the full details and information. To follow all our news, you can subscribe to the alerts system or to one of our different systems to provide you with all that is new.