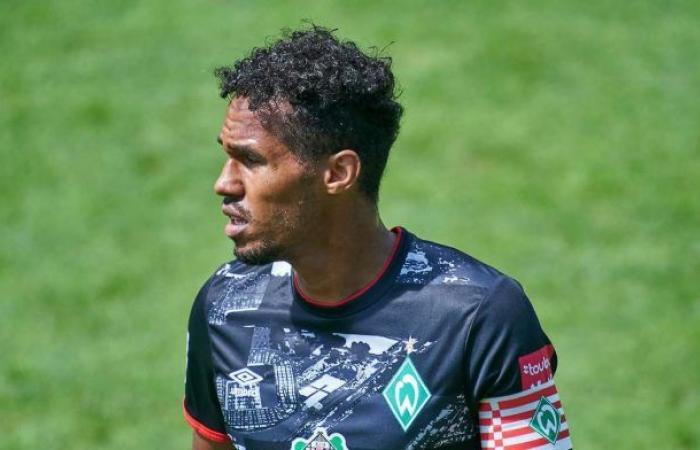 Bremen – Theodor Gebre Selassie is the new vice-captain of SV Werder Bremen. This was decided by coach Florian Kohfeldt and announced at the press conference on Thursday.

“Theo has become an absolute face for Werder Bremen,” explained Kohfeldt, referring to his “eventful history” with the 33-year-old Czech. Theodor Gebre Selassie I’ve developed into a player with a clear opinion over the years, but I am “a polite person and a really good soul”. Kohfeldt: “He has taken on a lot of responsibility, which is why he is the logical choice for me as the successor to Davy Klaassen.” Gebre Selassie has been with us for eight years Werder Bremen.

Kohfeldt has also named a third man in the captain’s hierarchy behind captain Niklas Moisander and Gebre Selassie: Maximilian Eggestein. The 23-year-old plays the most central position on the pitch as a six, and now he is officially one of the most important players Werder Bremen promoted. “He is ready to take on a little more responsibility, also documented by the office, but without all responsibility resting on his shoulders.” The announcement of the Team council has meanwhile adjourned coach Florian Kohfeldt. “We still need one or two discussions,” said the coach on Thursday before the game against SC Freiburg. (han)

Bremen – Theodor Gebre Selassie would do it, would be happy to succeed Davy Klaassen as vice-captain of SV Werder. After all, wearing the captain’s armband was “an incredible honor”, even if only as a substitute. But whether coach Florian Kohfeldt will actually make the Czech the second man behind captain Niklas Moisander has not yet been decided.

During the free weekend, “I’ll let that go through my head in peace,” she says Florian Kohfeldt, who after the transfer from Klaassen to Ajax Amsterdam to the statics of the hierarchy must fear in the team. The coach admits: “In Davy we lost an absolutely seeded regular player, the Vice captain and was very important in the dressing room. ”He was also probably on the seat of the actual boss of the SV Werder Bremen would have become, since Moisander’s regular place is currently shaking violently.

Werder Bremen: Florian Kohfeldt first determines the team council and then the vice-captain

The fact that the Finn could no longer be the first choice in central defense in the long term must now also be taken into account when selecting his representative. So it would have to be someone who can take on external responsibility – especially when things are not going well. Theodor Gebre Selassie could be too calm for that, Niclas Füllkrug for example not. Maximilian Eggestein is also an option, especially since he always acts in the center of the square as the new six.

Florian Kohfeldt will now proceed in two steps: First the Team council put together, then the Vice captain recruited. The team council will be reduced from seven professionals to five or six players. “No more, otherwise it will be arbitrary”, Kohfeldt had already announced in the summer. After completion of the transfer phase, he can now name the members. “There are important decisions regarding the team council and the structure of the team,” said Kohfeldt. In addition to Gebre Selassie, Füllkrug and Eggestein, candidates for the team council are Jiri Pavlenka, Ludwig Augustinsson, Ömer Toprak and Marco Friedl. (csa)

*The article has been translated based on the content of Source link by https://www.deichstube.de/news/werder-bremen-vize-kapitaen-theodor-gebre-selassie-maximilian-eggestein-mannschaftsrat-trainer-florian-kohfeldt-entscheidung-bundesliga-news-zr-90066007.html
. If there is any problem regarding the content, copyright, please leave a report below the article. We will try to process as quickly as possible to protect the rights of the author. Thank you very much!

These were the details of the news Werder Bremen: This is the new vice-captain! And there are... for this day. We hope that we have succeeded by giving you the full details and information. To follow all our news, you can subscribe to the alerts system or to one of our different systems to provide you with all that is new.