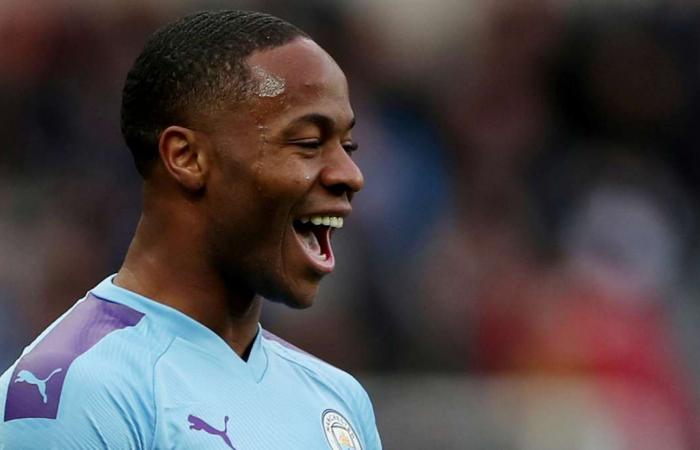 With 15 goals this season, and starring roles for City and England, Sterling said he had undergone a lifestyle transformation.

"You have every facility here so you have to use it to the best of your advantage to try and be the best you can be.

"I realised that and changed it. You see the improvements on the pitch and so that's why you continue to do it," added the 24-year-old.

Defending champions City go into Saturday's derby 11 points ahead of United in the table, but also 11 behind leaders Liverpool.

"We just need to keep winning games and hope they (Liverpool) lose some. It's as simple as that," said Sterling.

"They're playing some good football at the moment, but it's a long season. We have got to keep winning, keep believing."

Meanwhile coach Pep Guardiola says United may have won more trophies than City in their history, but his side are the "better" side now.

As the neighbours prepare to meet in the 179th derby, the Catalan was keen to stress City's current standing, especially since he took charge in 2016.

Successive Premier League titles, and a current 11-point advantage in the table, have highlighted the Etihad outfit's recent dominance when compared to United's league record and the last of their 20 top-flight championships being secured in 2013.

Asked if he was disappointed that there was no title rivalry since his arrival, Guardola said: "No, I prefer it.

"My reflection is that we were better. In the time I've been here, we've been better than United. We were so consistent in all departments, especially in the last two seasons.

"It surprised me, too. But we are not here to judge the results or what distance there is between teams or the past or the future.

What Guardiola is more concerned with currently is why leaders Liverpool have an 11-point advantage over City and how they can reduce the deficit.

"I would like to discover the reason for this big gap with Liverpool," he added. "One is, no doubt, the quality of the opponent. I repeat, one lost game in almost 60, the numbers are incredible.

"Much better than the opponents, but we are 11 points behind. So something has happened. Sometimes, it's human. We can do better. There's something we missed and, honestly, I don't know."

These were the details of the news 'I'm obsessed with football, obsessed with scoring, obsessed with improving myself' - Raheem Sterling has changed his life for this day. We hope that we have succeeded by giving you the full details and information. To follow all our news, you can subscribe to the alerts system or to one of our different systems to provide you with all that is new.