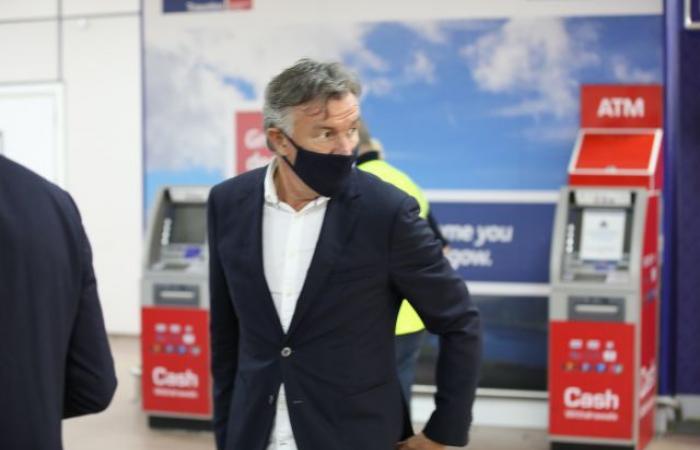 The Israeli team recorded a big comeback yesterday (Wednesday) when it erased a 2: 0 deficit in Slovakia on the way For a 2: 3 victory As part of the League of Nations. Eran Zehavi scored a wonderful hat-trick, after being involved in an unpleasant incident at half-time in which he confronted Moanes Dabour. It turns out that the team still continues to engage in a quarrel between the two strikers. Coach Willy Rotensteiner decided to leave them on the lawn, and it turns out he did not see the exchange between them at all.

The coach was furious at the ability shown by the players and hurried down to the locker room and therefore missed the brawl between them. Nor was he a partner in the sulha of either. A source in the team said: “Willie was the man who provoked the players, he caught two seniors in the locker room when he was angry and took out their nerves – so that everyone could see. “He was angry that players did not follow instructions and abandoned the defensive game,” said a source close to the team.

The association has great satisfaction with the victory. This is not just a return from a double lag within 20 minutes and achieving a victory that brings Israel very close to securing a place in the second tier of the League of Nations at the expense of a team that is considered better, but the fact that the Austrian achieved his first victory as coach.

As we reported, Rotensteiner is due to end his career at the end of the upcoming campaign, two more games left against the Czech Republic away and Scotland at home next month, but the Football Association have made it clear that talks on the next coach will not take place until then. Rotensteiner will submit a professional report by December on his half-year as national team coach and only then will a decision be made ahead of the opening of the 2022 World Cup qualifying campaign, which will be launched in March 2021.

The Football Association does not deny that the intention is to appoint an Israeli coach, but clarified: “We did not deal with the Rotensteiner issue after the losses and the draw results and we will not deal with it after an impressive victory over Slovakia.”

The association also praised Rotensteiner and the players for their approach yesterday: “In Israel, you only see black, a country that eats its inhabitants. “Willy is a worthy coach, who was not afraid to gamble on a super offensive line-up yesterday at the end and this week involved young people like Muhammad Abu Fani, Ofri Arad, Ilai Almkeys and Neta Lavi.”

On the other hand, there were voices criticizing his decision to continue with the three-brake lineup and not open as the team played in the second half against the Czech Republic. Another issue that came up for discussion was the coach’s choice to award the team shirt for the third time in a week to Sharan Yeni, captain Beavers Natcho and Eitan Tibi who did not look good.

The team will return to Israel today, with the Legionnaires parting ways with some of them already after the game and the others will fly to their teams this morning.

*The article has been translated based on the content of Source link by https://sport1.maariv.co.il/israeli-soccer/national-team/article/437753/
. If there is any problem regarding the content, copyright, please leave a report below the article. We will try to process as quickly as possible to protect the rights of the author. Thank you very much!

These were the details of the news Israel national team: compliments to Willy Rotensteiner After Slovakia, the coach... for this day. We hope that we have succeeded by giving you the full details and information. To follow all our news, you can subscribe to the alerts system or to one of our different systems to provide you with all that is new.