Robinho’s signing gets Santos in trouble for his rape conviction 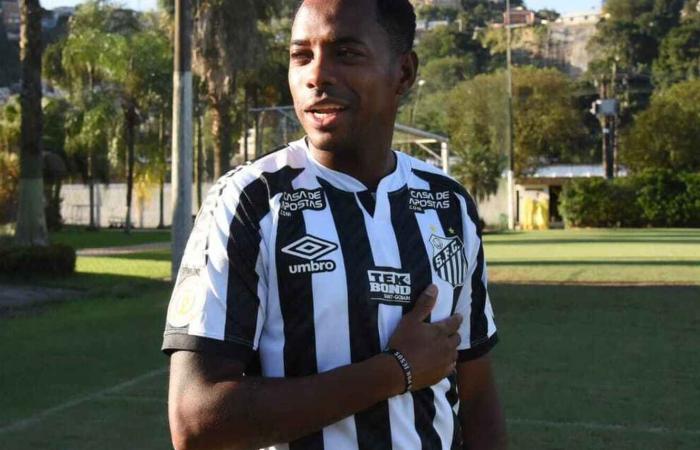 The arrival of Robinho seemed like good news for him Santos. The Brazilian team achieved the return of a historical idol of the club and the fans, charging very little money and thus trying to seek a claim to recover from the bad economic moment that it is going through and that the coronavirus crisis has accentuated.

However, this good news is very close to turning into a terrible management, and all due to the discontent of the club’s sponsors, who have not exactly seen with good eyes the arrival of the Brazilian player, who despite being a historical icon of the entity has a somewhat worrying past behind it.

The situation has already reached a really worrying point, and that is that one of the team’s sponsors has decided to break his agreement with Santos in order not to keep any relationship, however distant, with the footballer. And all, for the history that Robinho has and for the commitment to his audience.

It’s about the company Orthopride, an association that is responsible for the creation of aesthetic orthodontics and that has decided to break its ties with the Brazilian team to show respect for its female clientele, and all for the nine-year prison sentence that Robinho weighed for a rape in group in which he would have participated in 2017.

Robinho on his return with Santos

For this reason, the Orthopride company has decided to break its contract with the club and has explained to the Brazilian media Globe Sports his decision: “We have great respect for the history of Santos. But at this moment we decided to break the sponsorship contract. Our audience is mainly female and, in respect of the women who consume our products, we have to make this decision. We want to leave of course we were not previously informed of the hiring of Robinho, the news caught us by surprise at the weekend “.

In this way, the Orthopride company transmitted its intention through Richard Adam, the operations director of the company itself, who expressed regret for having to make this decision, which they considered was consistent with their principles and with the respect their clients deserve.

However, Santos’ problems could not remain in his simple break with Orthopride, since, as reported by this Brazilian media, none of the club’s big sponsors have been informed of the arrival of the 36-year-old player, so They could also have something to say about the agreement they have with the club.

Companies like Umbro Brazil Y Tekbond They are great sponsors of the Brazilian team and they remain waiting to be able to fix the situation with the club to which they have conveyed their concern and uncertainty with a move that they do not consider to be successful at all. In addition, they have condemned any type of violence, so they could also consider that breaking their relationship with Santos and, therefore, with Robinho, could be the best solution to safeguard their business and brand image, which could be damaged with the figure of the Brazilian in between.

These were the details of the news Robinho’s signing gets Santos in trouble for his rape conviction for this day. We hope that we have succeeded by giving you the full details and information. To follow all our news, you can subscribe to the alerts system or to one of our different systems to provide you with all that is new.