“Democrats think they have the right to vote Latino” 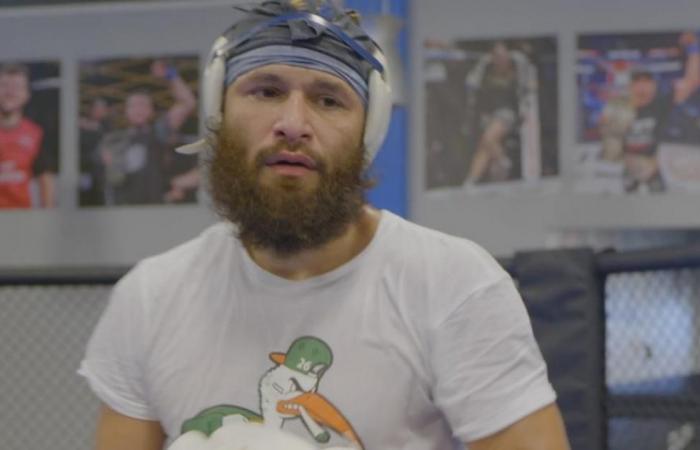 He mixed martial arts fighter Jorge Masvidal, of Cuban descent, explained to his followers why he supports President Donald Trump for a second term in the United States.

“Democrats just think they have the right to vote Latino. They think we have to give it to them. So is. Surely we do not, “he underlined in a video posted on his social networks.

The event was part of a tour called “Fighters Against Socialism”, with which they made stops in Miami, Tampa, Orlando and Coconut Creek and other cities in Florida.

The athlete then assured that the Democrats have not produced the results for the Latino communities that they have promised during these years.

“You know what else won’t work for them? Putting ‘Despacito’ on your cell phone to please us. Hell no. You have to give us some credit for having our heads on our shoulders, “he added, referring to when the Democratic candidate Joe Biden attended the Hispanic Heritage Month commemoration in September, and took out his cell phone to hear the great success of Luis Fonsi and Daddy Yankee.

Born in Miami to a Cuban father and Peruvian mother, Jorge Masvidal, 35, is an avowed admirer of Donald Trump, who in turn has publicly praised him at a campaign rally.

“Either we re-elect President Trump and keep America great, or we let Joe Biden destroy the greatest country the world has ever seen,” he warned.

“Now, I am a professional athlete and have been for most of my life, so I have always seen things through a sports lens. That makes Donald Trump our head coach and before the global pandemic we were winning Super Bowls, ”he explained.

“And when you’re winning Super Bowls you don’t fire the coach. It doesn’t matter if you don’t like the plays he makes, the players he puts on the field or what he says on Twitter. He sure isn’t replacing him with another coach who’s been in the business for 47 years at all levels and never won a damn game, “he said of Joe Biden.

In September, at a press conference in Florida, Donald Trump addressed the audience saying: “We have great champions here among us… And one in particular, of which I recently saw a quick knockout… Where is it? … Jorge! (in Spanish)… Where is Jorge? ”.

It was Jorge Masvidal, who was among the attendees.

“Where is Jorge?” Trump insisted. “I don’t want to fight him,” he joked. “Stand up Jorge,” he asked, to which the champion got up and was applauded by the public.

“There it is,” Trump noted.

“I am a huge fan of yours. Very great to have you among us! Thank you very much, Jorge ”, he added.

These were the details of the news “Democrats think they have the right to vote Latino” for this day. We hope that we have succeeded by giving you the full details and information. To follow all our news, you can subscribe to the alerts system or to one of our different systems to provide you with all that is new.