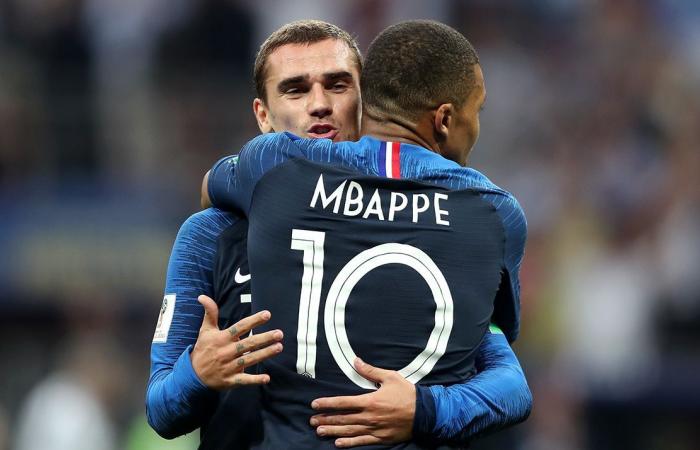 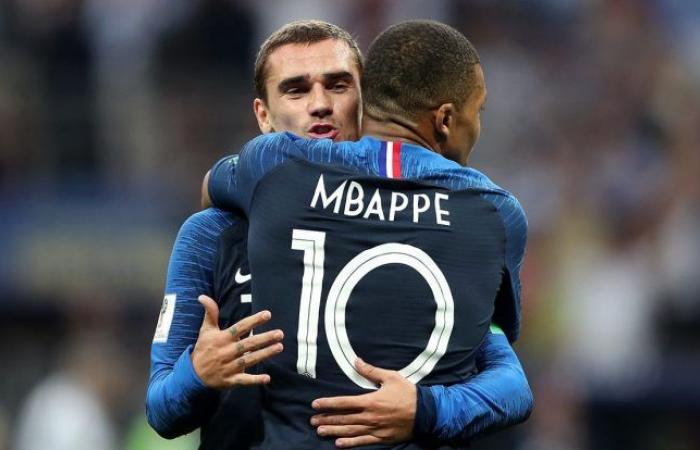 Antoine Griezmann he was forming a great debate around what his ideal position in the field is. After several games in which we have not been able to enjoy the best version of the Barça attacker, Didier Deschamps even tried to locate him, without much success, for interior, to try to get the player to participate more in the creation of the plays, a psychological strategy, according to Giresse.

It didn’t take long for the ‘little Prince‘to show, in the best of ways, that no debate was necessary. About minute eight of the meeting of the UEFA Nations League, before Croatia, the French striker connected a very powerful shot that hit the crossbar and was introduced inside the goal of Livakovic, after picking up a ball rejected by the rear after a cross from Ferland mendy.

It is undeniable that ‘Grizi’ transforms when he puts on the rooster’s elastic. This time, the French coach has placed him in a position closer to his area of ​​action, close to the forwards, Kylian Mbappé Y Anthony Martial, with freedom of movement Y not corseted in a right band that is too small, as in the FC Barcelona of Koeman.

The meeting it was more than a Nations League match; in fact it was a match replica that we could live, a few years ago, in Russia, in the World Cup Final, which ended up winning France, thrashing 4-1 in the grand finale. As in that game, without much effort, the ‘bluesthey got dominate the game without much effort for the first 45 minutes.

Mbappé sentences a game that was encouraged in the second half

In the second part the Croats did not come out to ‘see them come’, as someone would say. With grit and attitude they managed to dominate the first impasses of the restart and even managed, in minute 64, equalize the score thanks to both Vlasic, after a good team move. The Croatian team took over the midfield and was superior to a France without desire.

Unfortunately, for Croatia, in 76 ‘, the change of a player who would revolutionize the game would arrive: Paul pogba. the entrance of the midfielder Manchester United It was a respite for the Gauls who, after a very good pass from their own Pogba, I managed to get the ball to Lucas Digne, who, at the first touch, attended Mbappé, which made a rather gray match, to put the 1-2 on the scoreboard.

*The article has been translated based on the content of Source link by https://www.fcbarcelonanoticias.com/selecciones-nacionales/golazo-antoine-griezmann-en-victoria-por-minima-bleus-1-2_261398_102.html
. If there is any problem regarding the content, copyright, please leave a report below the article. We will try to process as quickly as possible to protect the rights of the author. Thank you very much!

These were the details of the news Antoine Griezmann’s goal in the victory by the minimum of the... for this day. We hope that we have succeeded by giving you the full details and information. To follow all our news, you can subscribe to the alerts system or to one of our different systems to provide you with all that is new.