Footballer in Uganda dies after beating by his teammates for playing... 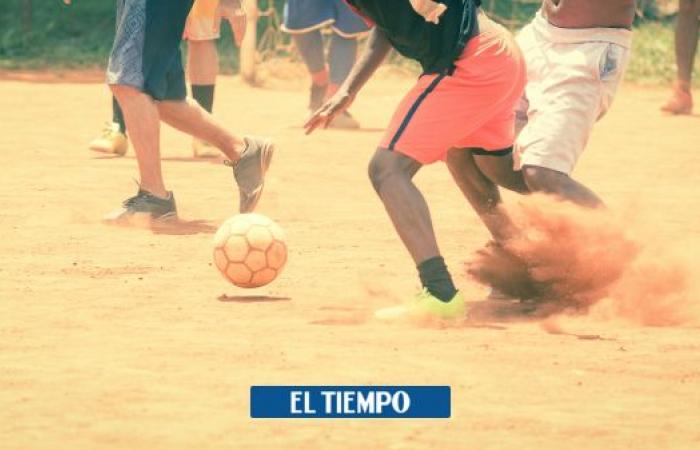 Sportsmanship is vital in football, as well as values ​​such as equality, respect, mutual aid and justice.

However, these principles were overshadowed in a meeting in Uganda, as members of a team allegedly beat their partner for having made a mistake.

Worse still, the beating would have killed him.

The news was reported by various media, such as the ‘Daily Monitor’, of that African country.

Reportedly the party was taking place in the Lamwo district of northern Uganda.

The quarrel against Churchill Owaci, the alleged victim, would have started when he made a mistake in a play in the defensive zone, which caused the rival team to score a goal.

Shortly after, the 22-year-old was attacked by several of his companions, who, angry, they beat him until they were forcibly removed.

Until that moment the fight had not gone to major. But, at the end of the meeting, Owaci would have pushed one of his attackers, Lamwo authorities assured the ‘Daily Monitor’.

(In other news: The story of Nana, the cat who visits her owner’s grave every day).

The situation triggered another more violent brawl that would have left Owaci unconscious.

Later, he was transferred to the Agoro III Health Center, located in the county where the deceased lived.

Hours later he was declared dead. However, There is no clarity on the type of injuries he suffered or if he had any pre-existing conditions that could have influenced the tragic outcome.

Two suspects were captured and investigations are underway

On the other hand, the authorities confirmed that there would be at least two alleged perpetrators. Both of them they are being detained at a police station in Agoro. The men were charged with murder.

(You may be interested: By maintaining ‘social distance’, the German soccer team lost 37-0).

Police added that further investigations will be carried out in this regard. Meanwhile, the two implicated are waiting to be transferred to the Lamwo central police station.

It is also expected that in the coming weeks they will be tried in court.

*The article has been translated based on the content of Source link by https://www.eltiempo.com/deportes/futbol-internacional/futbolista-en-uganda-muere-tras-golpiza-de-sus-companeros-por-jugar-mal-543191
. If there is any problem regarding the content, copyright, please leave a report below the article. We will try to process as quickly as possible to protect the rights of the author. Thank you very much!

These were the details of the news Footballer in Uganda dies after beating by his teammates for playing... for this day. We hope that we have succeeded by giving you the full details and information. To follow all our news, you can subscribe to the alerts system or to one of our different systems to provide you with all that is new.